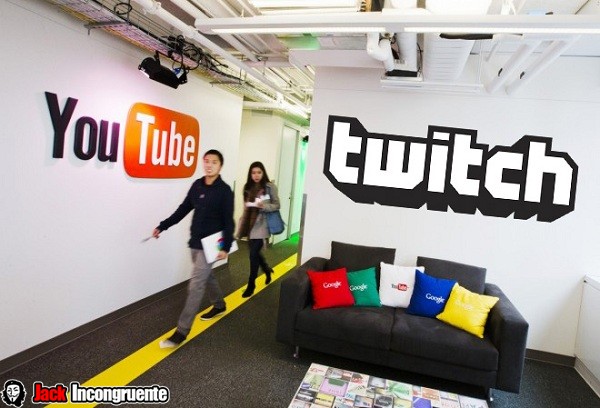 Youtube is in negotiations to buy the twitch streaming system, which has become very popular.Variety Sources report that the number of purchases is USD $ 1,000 million, for the moment, maybe can be increased, and that the agreement will depend arriving.

If this deal is completed, would google their hands on a gold mine because twitch is one of the busiest systems streaming and certainly having google and youtube and twitch, it would be an even stronger company.

Twitch, launched in 2011, has become a major platform for live video games, currently has over 1 million users month on month emitting videos and DeepField study revealed that even beats Google in terms broadband traffic during peak hours, exceeding the king of the Internet and is a real achievement. It was only a matter of time before google propose buying them.

As you know the service is integrated into twitch playstation 4 and xbox one, which will make it increasingly more used. For now, the closing of the acquisition is awaiting approval by the Justice Department, as they will determine if buying Twitch violates competition laws.

Just be prepared to say that, because google intends to review and modify policies twitch, so the copyright is coming.