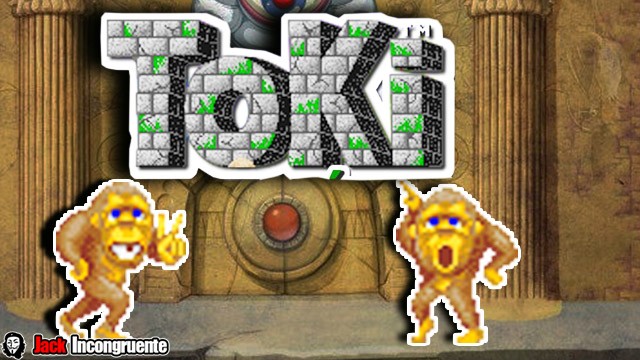 Toki or known in Japan as JuJu Densetsu is a video game developed by TAD Corporation 1989, may not know him by’re too young, but if you are a person who had the opportunity to play in the arcades, will remember that was one of games that had a high, good difficulty for a child of 10 years if it was very difficult, I personally only saw the older play this game because he lost very quickly.
The story takes us back to a primitive island where we meet Toki or (in some versions known as JuJu)who lives happily with the princess of the tribe called Miho, but one day the sorcerer Vookimedlo,kidnaps the girl and takes her to his golden palace, converted all the inhabitants in monkeys, animals and other creatures completely borrándoles memory so that you can manipulate at will, but the only one I keep memory after processing and also received strange temporal powers because of spell was Toki.

Who nevertheless decides to undertake the journey to the palace of Miho sorcerer to rescue and save his island (or what remains of it because it goes slaughtering everyone in their path). 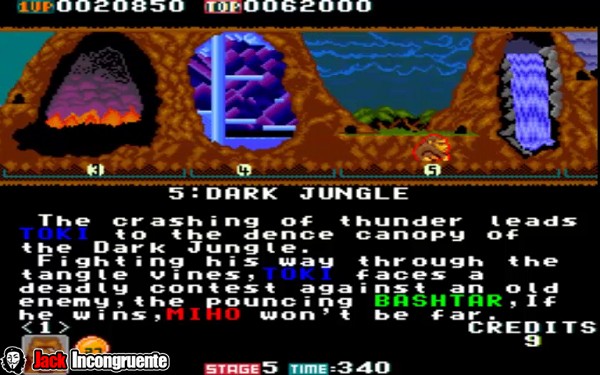 To do this we will face 6 dangerous levels: The labyrinth of caves, the Neptune lake chains fire, ice maze, dark jungle until finally the golden palace where the sorcerer is hidden.

Enemies of the game Toki

Each level is protected by a guard in the first we have Boloragog who has the ability to control other apes. 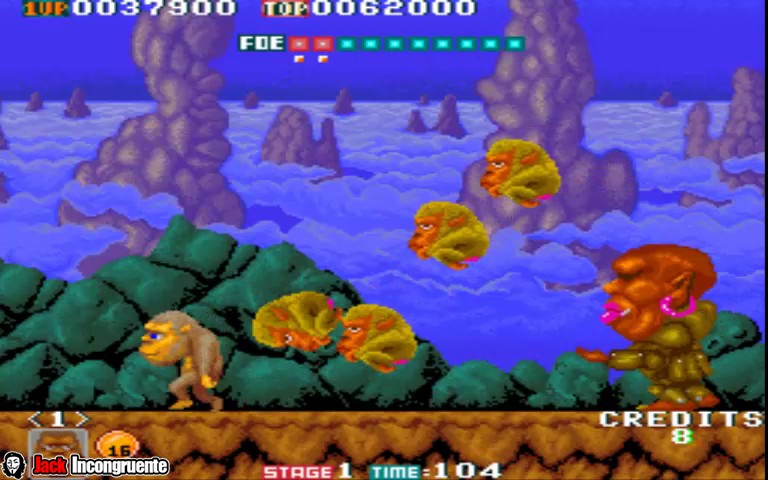 In the second Rambacha eyes who launched to attack. 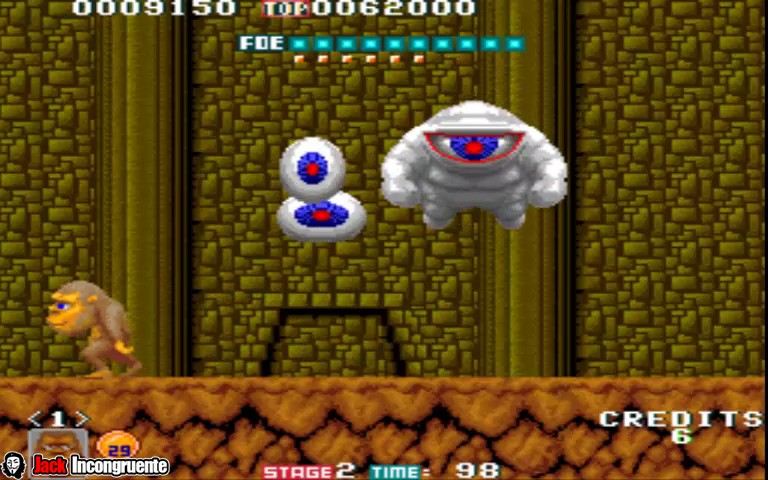 In the third Mogulvar, perhaps one of the strangest, who threw letters. 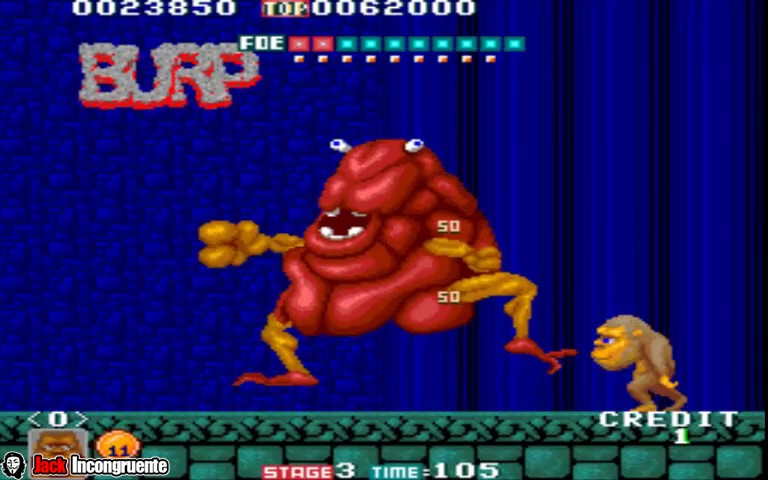 In the fourth Zorzamoth, who launched their horns and horn for a tacar. 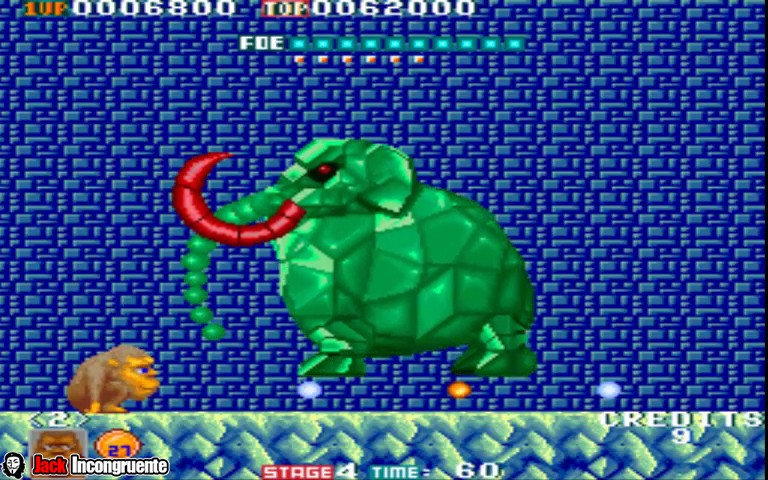 In the fifth creation of the wizard named Bashtar, who employ their hands and feet to attack. 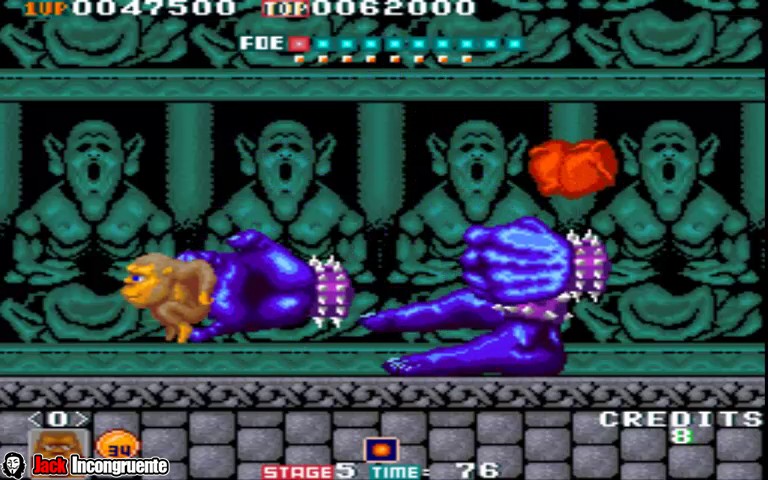 And finally find a Vookimedlo who uses multiple forms of attack. 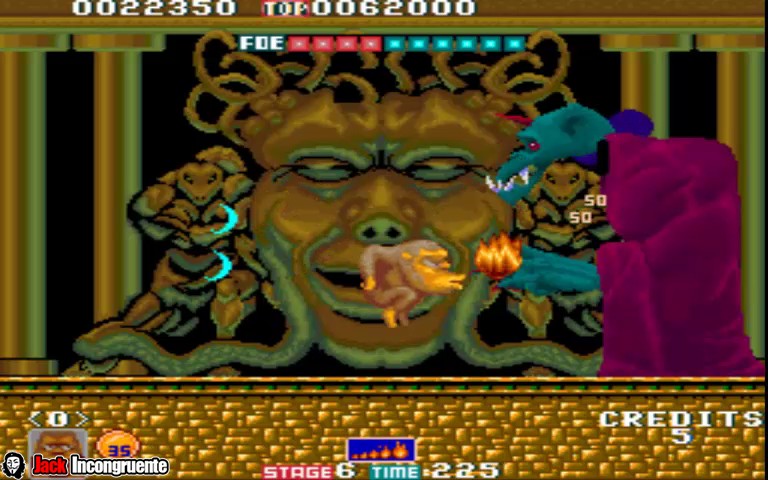 The gameplay is very good, although toki moves a little slow, has very funny scenarios, enemies and traps to take us more than once by surprise and a very catchy music. 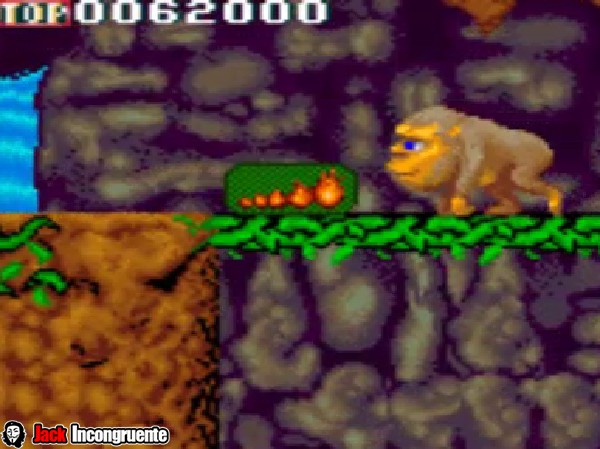 We will also have power-ups very curious, one a short but powerful ara we spit fire, one with which we can load a powered shot, which will launch another 2 scoops of jurisdiction between loops, or three shots at a time. 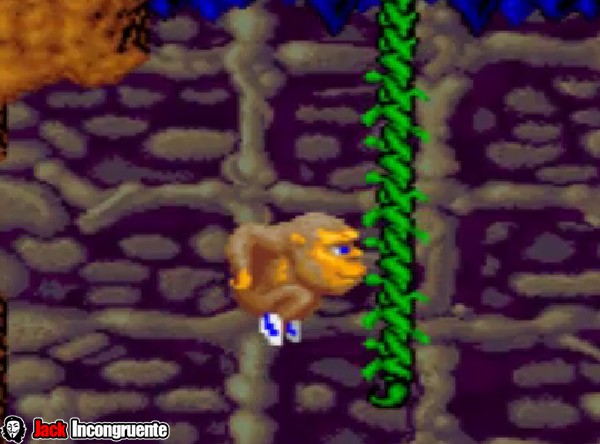 Items also find it curious as sneakers, with which we can jump higher to reach other bonus items. 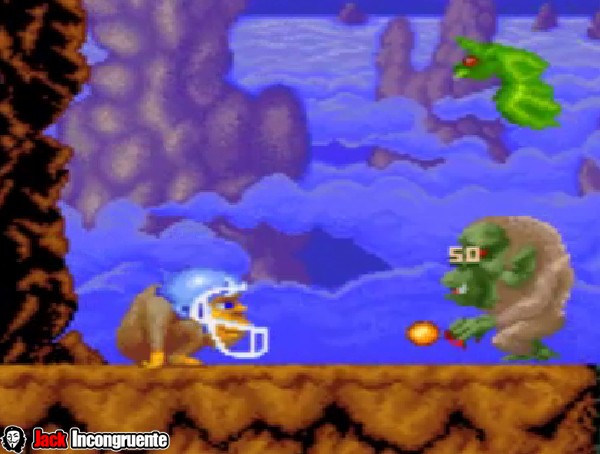 And perhaps one of the most important is the football helmet, with which we overcome and protect us from enemies.

This game was very well received even went to other home consoles such as the Mega Drive in which we can see on the cover a slightly creepy toki throwing fire balls and a rare and deeper into a bound princess.But this version was one that brought new levels, new enemies, more power, so it was not that bad. 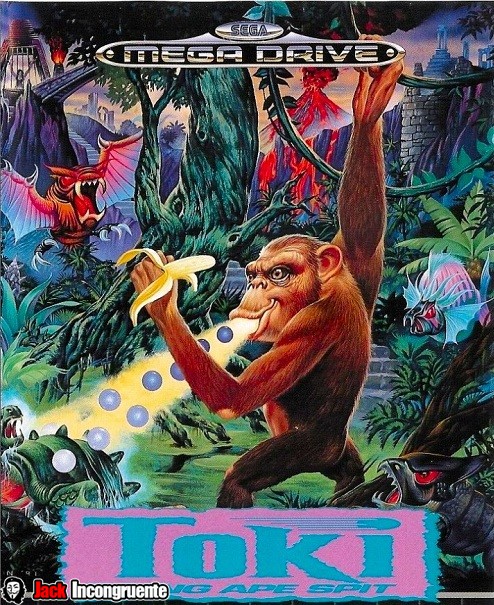 One for the comodore 64. 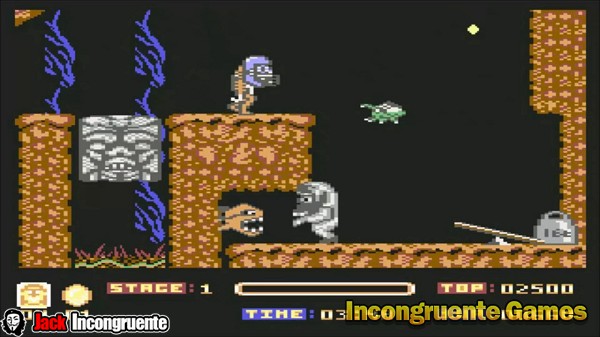 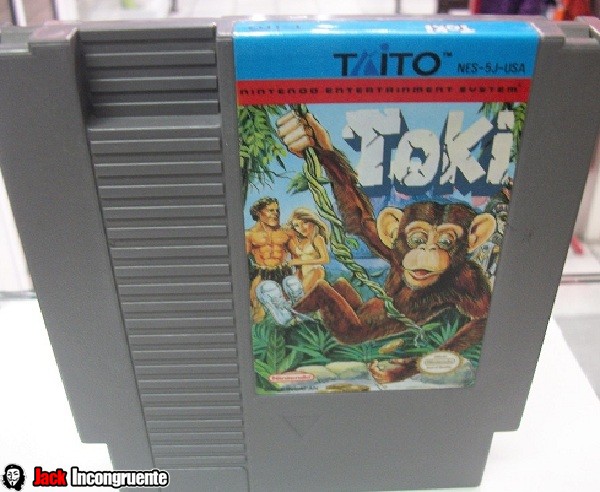 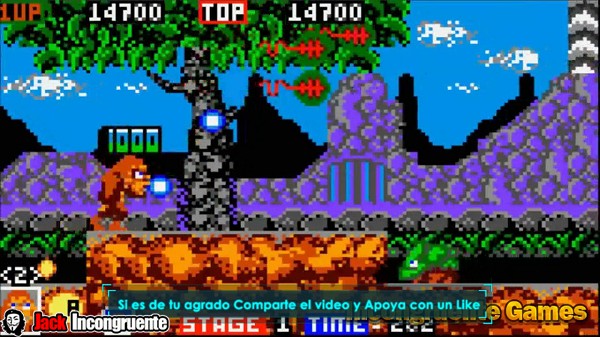 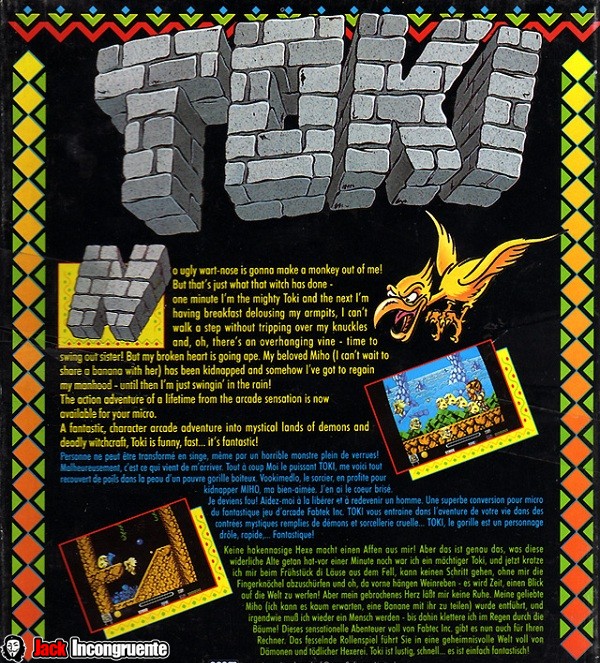 A good version for the Amiga. Among many others. 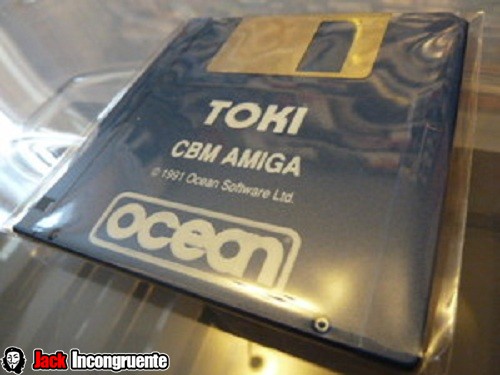 Finally since 2009, an improved version of Toki for consoles PS3 and Xbox 360 is expected, but it seems there was not much support and the project has not yet seen the light, steam is still at a green light, but have not more updates as the project. So we do not know if it will carry out or no longer flat.

Finally for truly I recommend you give a look at the game Toki. It’s an excellent game of his generation, and if you like a challenge trust me to keep you entertained.

Says if you still remember this game