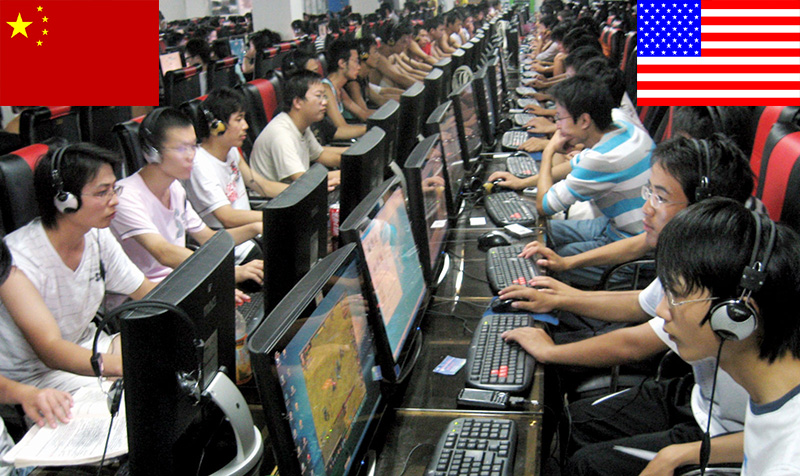 1 -. CHINA is one of the most active countries in Internet use and a lot of users, so that an idea, are given according to the latest semi-annual report of China’s network “Internet Information” 568,192,066 million people in China were using the Internet in the past year 2013, and in 2014 this number is growing. EL 79.8% of internet users in China access the Internet through mobile phones or portable devices.

3 -. INDIA, for many are surprised that India is within countries with the largest number of users connected to the Internet with a number of 151 598 994 million users, but its rapid growth and the massive use of the use of this having cell phones that connect to the internet, it is expected that by June 2014 the number reaches 24.3 million and not only that, it’s a matter of time that exceeds USA.

4 -. JAPAN is in fourth place with a number of 100 684 474 million, where the famous bitcoin is very popular and used … until a few days ago that began regulating digital currency and to collect taxes when transactions with Bitcoin digital currency.

. 5 – BRAZIL, surprising fifth is brazil with a number of users of 99,357,737 million people come to spend more than 9 hours a week in this country.

6.-RUSSIA in 2013 was at the top of Brazil, Russia has a number 75,926,004 million users are currently locked in a cybernetics confrontasion for everything that is happening in Ukraine

7 -. GERMANY is in seventh place with a number of 68,296,919 million users, Germany and France are currently seeking your Internet traffic away from the United States to create a European network of communications, in order to keep Internet traffic American continent far. For security reasons, you know, for conducting espionage in USA which would not be all bad.

8 -. NIGERIA, end with Nigeria which has a number of 55,930,391 million users, not bad considering the number of population.

and if you doubt arises for Latinos: