fun facts video games (that every player should know) 2014 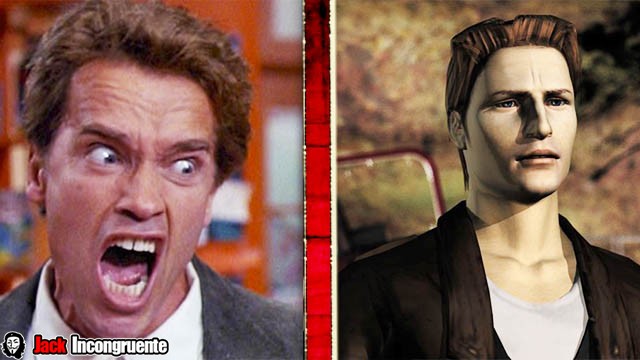 To begin these fun facts video games began with a military company SNK arcade called Guevara, dealing with the Cuban Revolution, where the main characters in this game were Ernesto Guevara and Fidel Castro, is a shoter in which we must combat troops the dictator Batista. In the years of 1988 when the game was released in America on different consoles such as the NES, you had to change the name to issues of censorship and was named Guerrilla Wars, not only that, also the names of Fidel and Guevara were eliminated from the game, and references to Cuba. Ended up being an empty game history, but very good gameplay. A bit like Ikari Warriors. 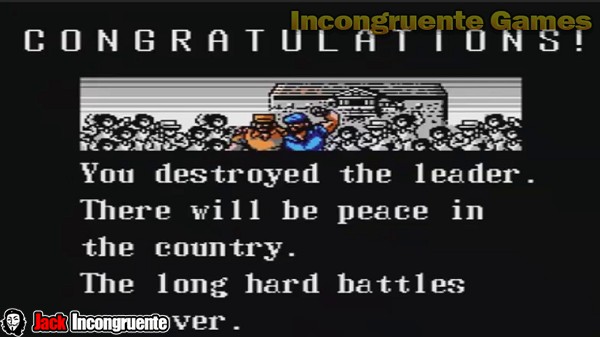 That guy above was the dictator’s end came only history but now says that won peace for his country.

In the following fun facts video games we find mario kart 64, since there we have the famous mystery of Thwomps green, remember these living stones as we begin to see the bros from Mario 3. But Mario Kart 64 is a very special was locked up for not following the orders of the great Bowser.

Years ago there were stories that could be released by some actions you should perform during the race, even gamers will put the name of Marty, if you want the internet and find many stories. It was believed that the release you got 10 extra circuits that were hidden in the game. And by the way if you approach his cell emit a laugh, which is the same as wario, only slowed. 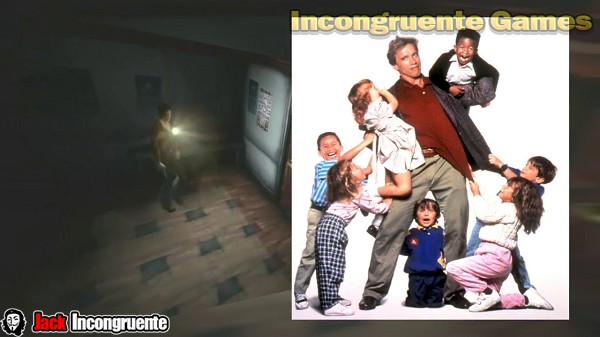 To continue with these fun facts video games had the horror genre in the mysterious town of Silent Hill which houses a small curiosity with arnold Schwarzenegger film Kindergarten Cop 1990 call, who does not remember the horrific school to which we must delve Steps to follow him to the little adopted daughter of Harry. 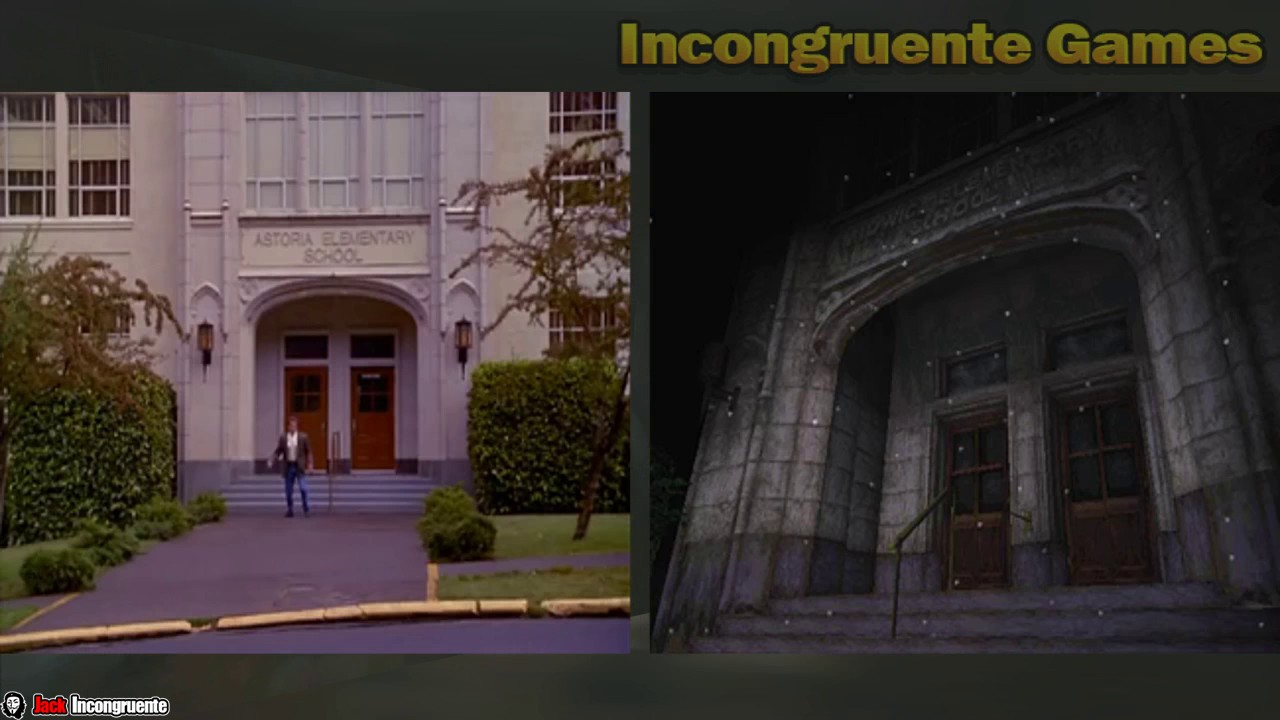 Well in this school you can find many references to the movie Kindergarten Cop, check the front of the school is the same. 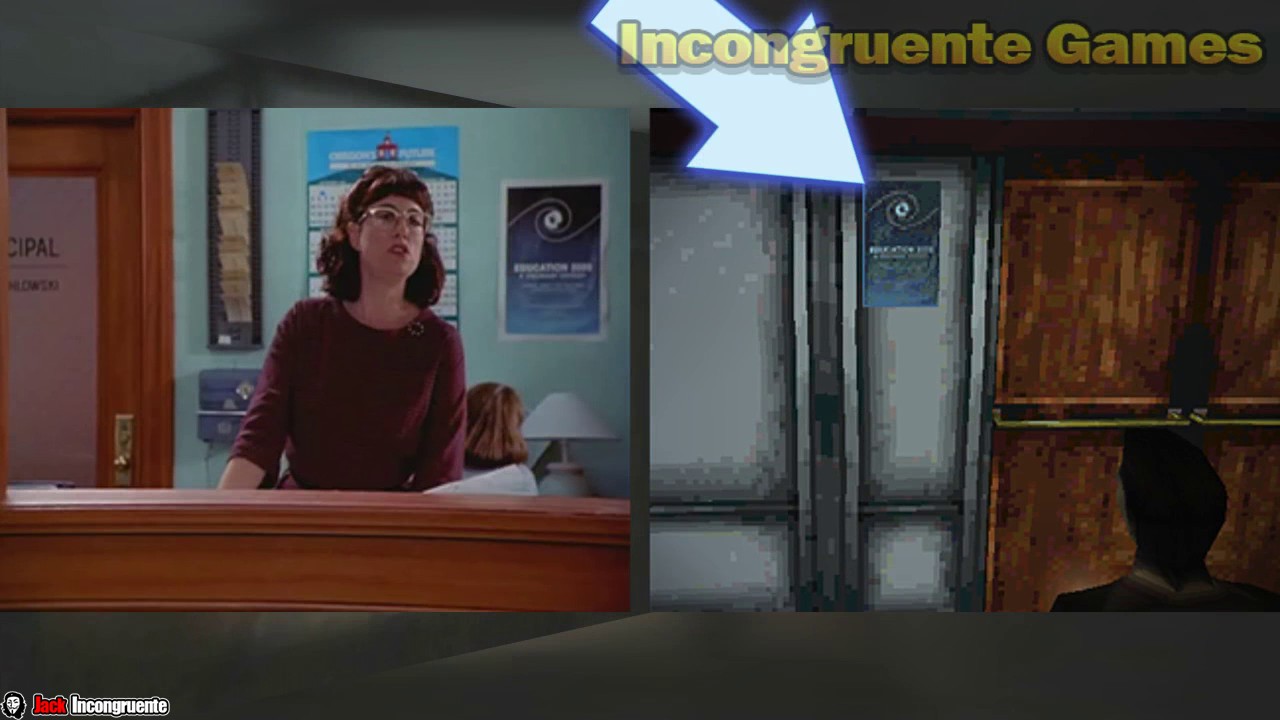 Not only that if we explore good inside and find more references in this poster which is a spiral galaxy located in the front office. 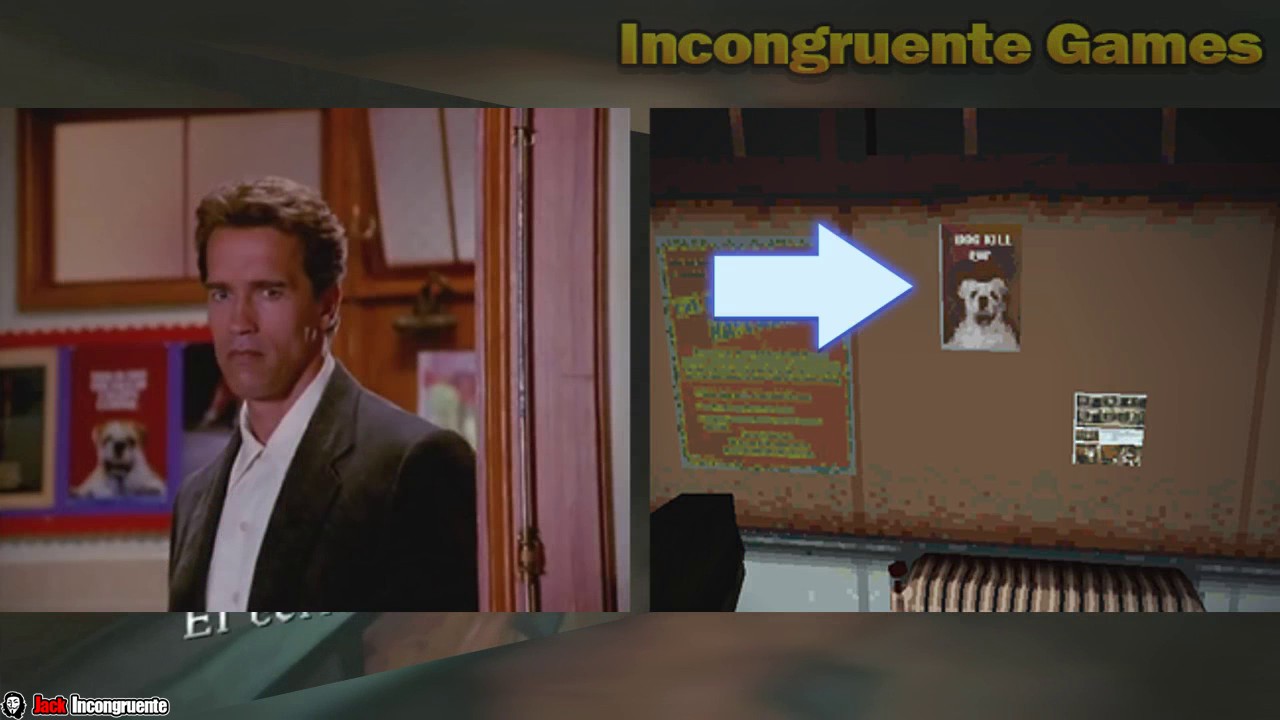 The announcement which has the face of a little bulldog, and the words “Kill Cat Dog” or “Dog Kill me” depending on the version of the game. 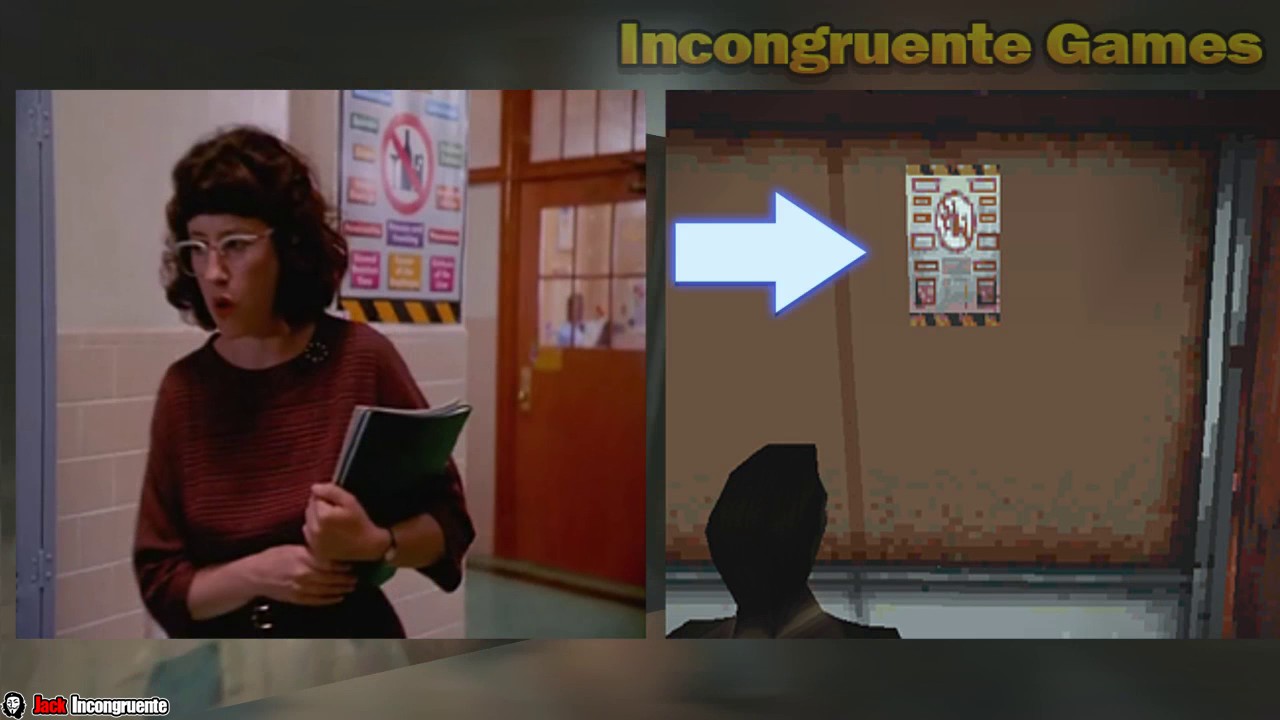 The warning that no drinks are allowed. 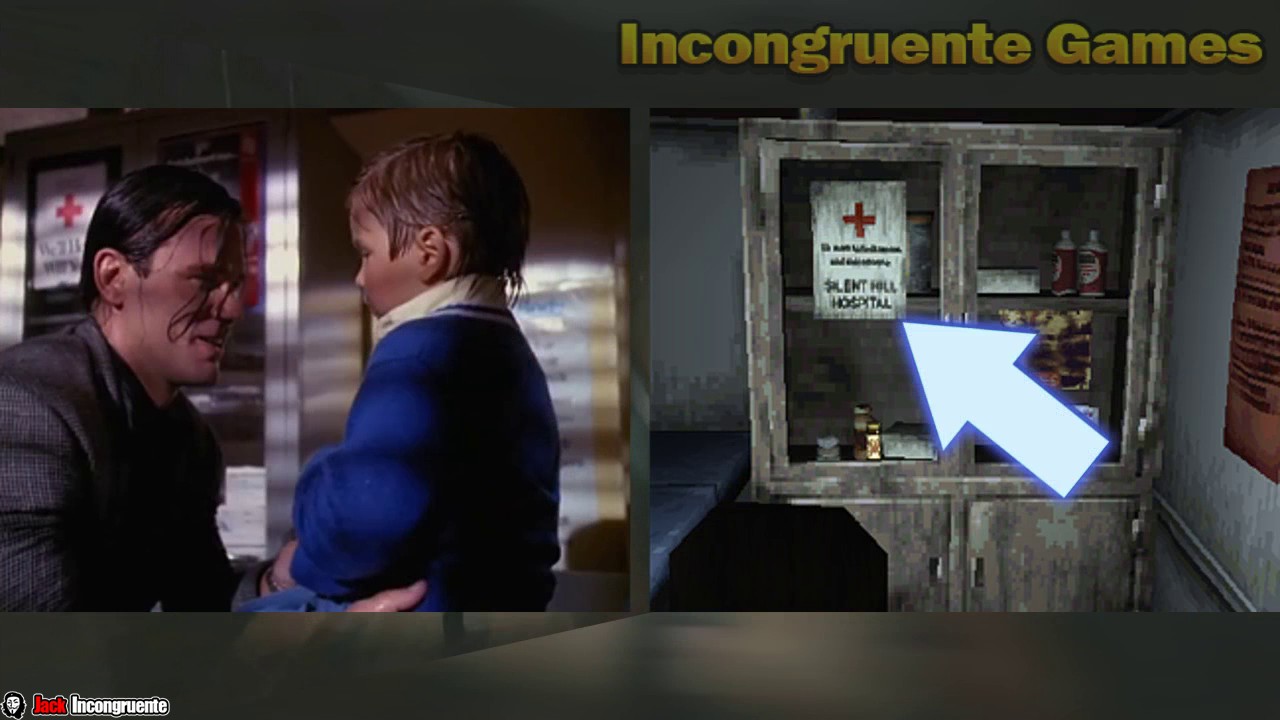 The shelves of school nursing and first aid kits. 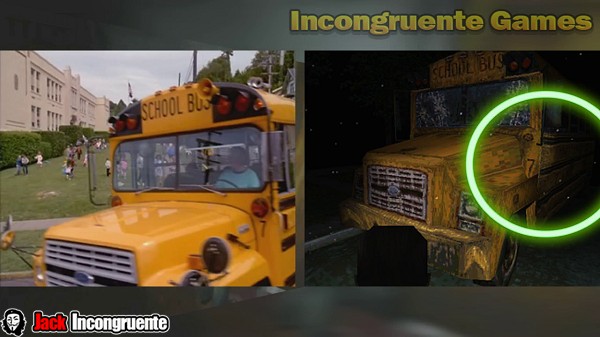 Well until the school bus with the same number 7. There are many references to other movies, books, curios and cultures in silent hill someday we will discuss everything you can in a special, but certainly this is very curious. 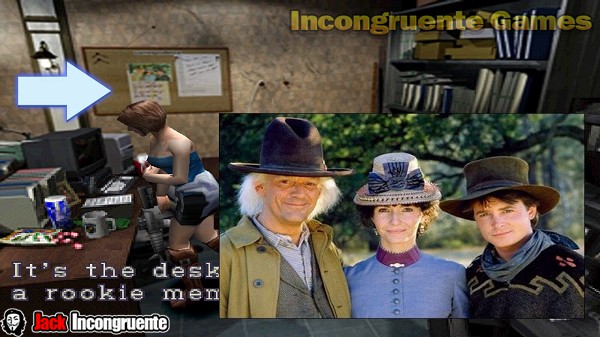 Now a favorite of many, vile Resident 3 could not be left behind, as you can also see a reference to the movie Back to the Future 3, which is located in the office of the members of the STARS team, we can see pictures were taken in this movie in which Marty, Doc and Clara. On the other hand we also find some cars delorean the streets.

Curiosities of Clock Tower with the movie Phenomena 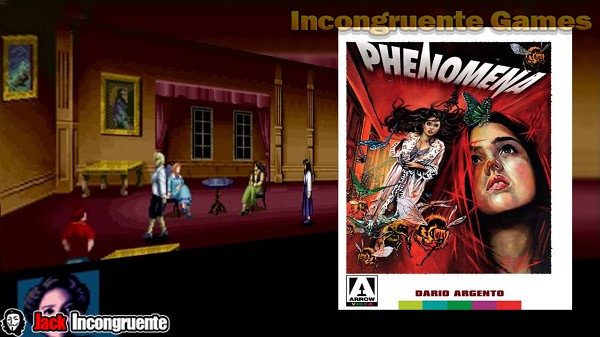 Clock tower was a great game that many enjoy in the Super Nes, but very few know that this game is heavily inspired by a 1985 movie called Phenomena. 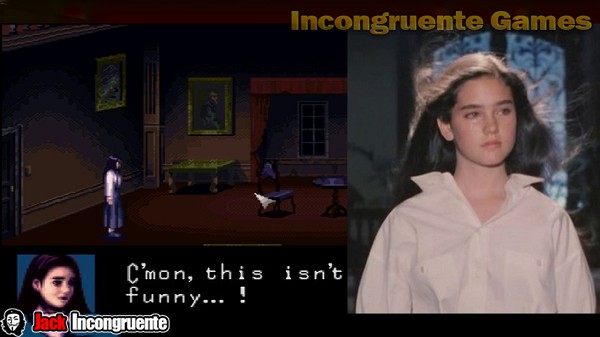 I say Go inspirational, the film is almost video game, first the protagonist both called Jenifer and has its appearance are. The story is similar in principle also appears as Mary, with the same name as the odd murderer appears in the movie and also the same, and finally with grotesque face sometimes used scissors to murder. If you’ve played Clock tower really recommend the movie Phenomena, was also one of the best films he has made ​​Dario Argento.

fun facts games of The King Of Fighters 94

Now these fun facts video games we now turn to the king of games struggles in 2d, I mean the King of fighters,this time Kof 94, especially the commander of 42 years of the Ikari Warriors, Heidern team do you know it is what you see, to win every battle?. 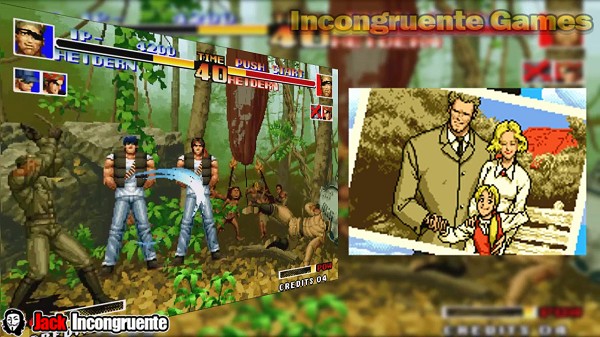 It is the photograph of his family, which gives him the strength and motivation to keep going and avenge rugal since kidnapping and murderer of his wife and his only daughter Clara. And he made him lose his right eye while trying to save his family.

Curiosities of the Dreamcast, meaning your logo 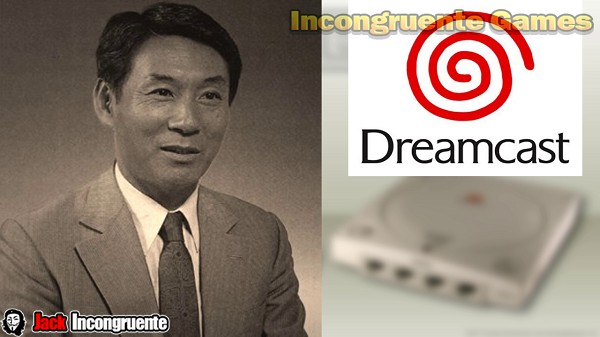 Now for the meaning of the dreamcast logo, which has such a kind of spiral or swirl orange, Shoichiro Irimajiri indicates that symbolizes the universe and the infinite power of human beings. With this logo were about to have problems because a German company called Tivola, used the same logo that they, so to avoid legal problems they changed the logo color to blue. Still had already made many consoles before this change, but fortunately there were no legal problems. 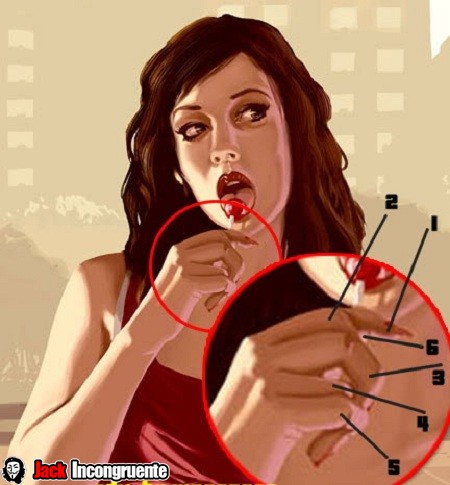 I do not know that they were thinking these rockstar friends but if we count in the cover art of Grand Theft Auto 4, Lola del Rio has 6 fingers. We forefinger, middle finger, another middle finger, ring, pinky, we need one, so is the thumb which added six fingers.

Well if these we caratula Japanese game Kirby: Squeak Squad has a carefree face, but the cover art of the game for the rest of the world kirby has an angry face, what we have meant by this? Actually nobody knows. 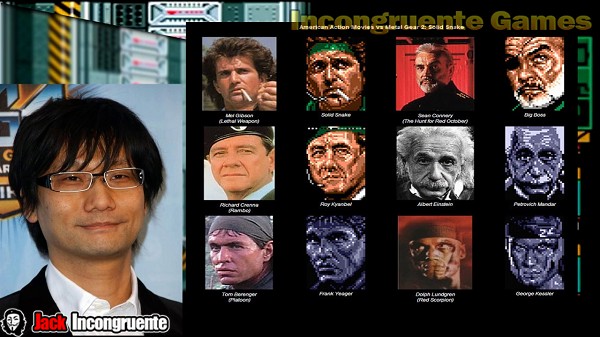 Now for a bit of Metal Gear 2: Solid Snake, where the portraits of the characters are based mostly film actors except Albert Einstein, we all know Kojima has the soul of a film director, and he wanted be a director. So it is not unusual to see this kind of thing. 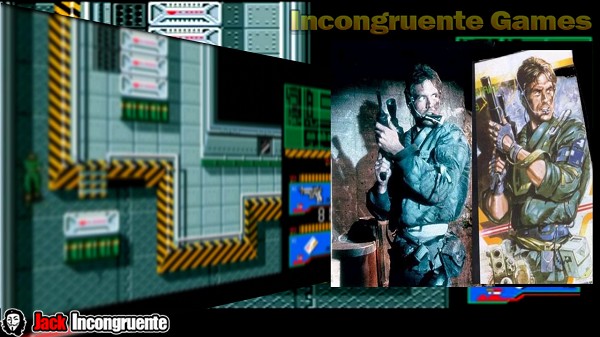 Even the cover of metal gear solid snake where this is actually Kyle Reese Terminator movie. 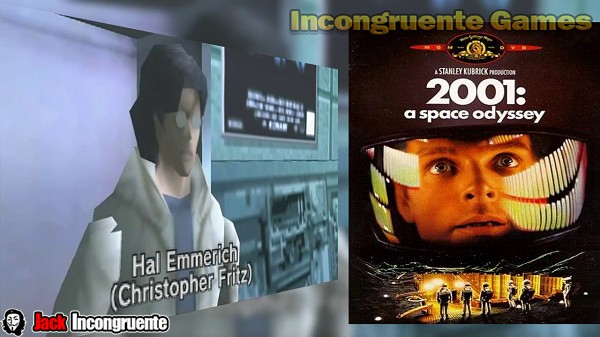 Even metal gear playstation one, the real name of snake (David) and Otacon (Hal) are a tribute to themovie 2001: A Space Odyssey. In which the main character is David, and artificial intelligence called Hal.Even amuses them and snake tells you otakon should travel to jupiter, like in the movie. 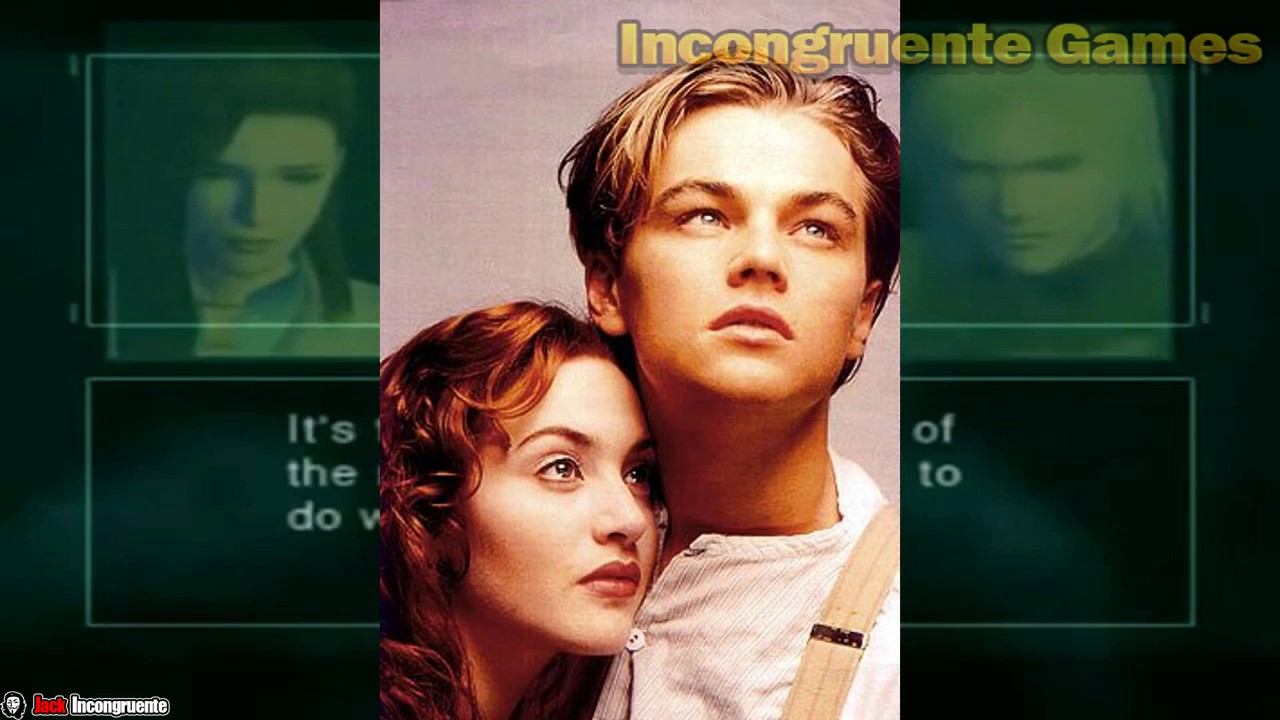 But it seems that in Metal Gear Solid 2 hideo kojima became romantic with the love story of Raiden and Rose, where for ending this game know Raiden’s name is Jack, paying homage to the romance ofJack and Rose Titanic movie. And there are also a lot of movie references in each game hideo kojimainvolved. 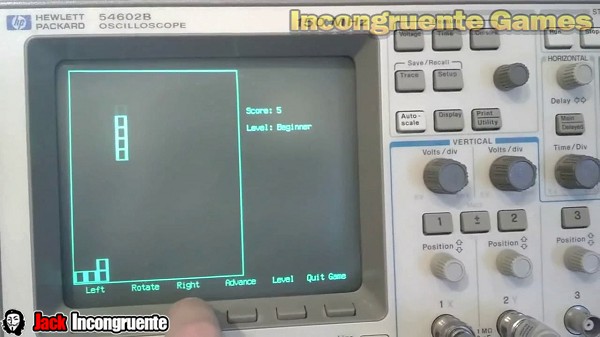 Oscilloscopes are one of the most versatile instruments available and used, for example from television repair technicians to doctors to measure heart rate wise But the HP 54600 model with the video game Tetris hidden?. 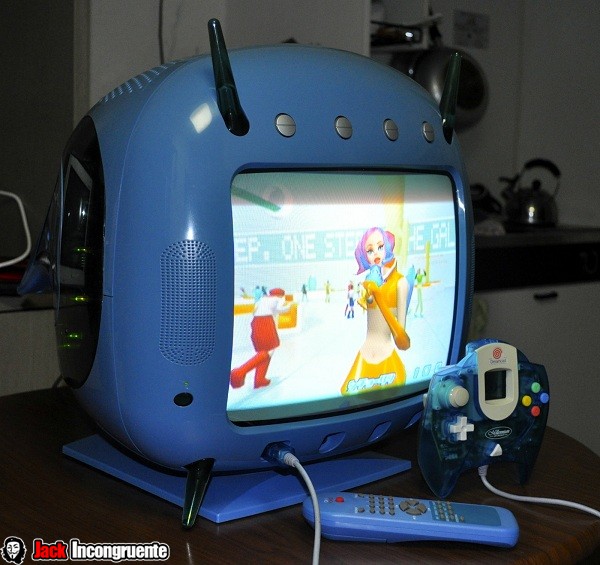 Did you know that there was a dreamcast as television? Divers were called 2000 is a rarity that can connect to internet and came with your keyboard, I went to the market at 800 dollars and the company was put on the market the Fuji Television Network. It was a small 14-inch CRT. It was never a success in Japan, but if you get one at ebay now cost more than 5000 dollars. 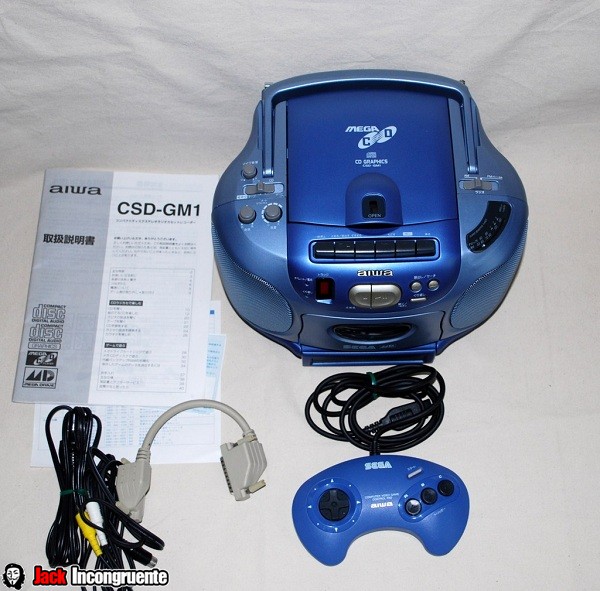 But if we continue with the oddities that you think Aiwa CSD-G1M a combination radio and recordermega drive in the bottom megadriver put on your cartridge, but not only that at the top of the CD player Aiwa also served as Mega CD.

Completely crazy, but those times where companies by strange things how are you risked it strange. 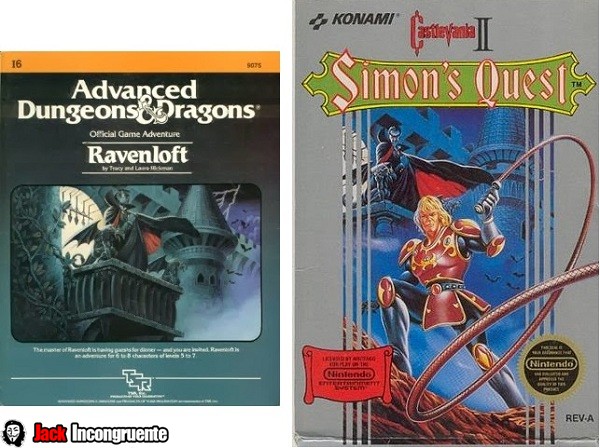 The bottom of the cover of Castlevania II: Simon’s Quest can be seen almost as a cover to theAdvanced Dungeons & Dragons game.

Curiosity of Half Life 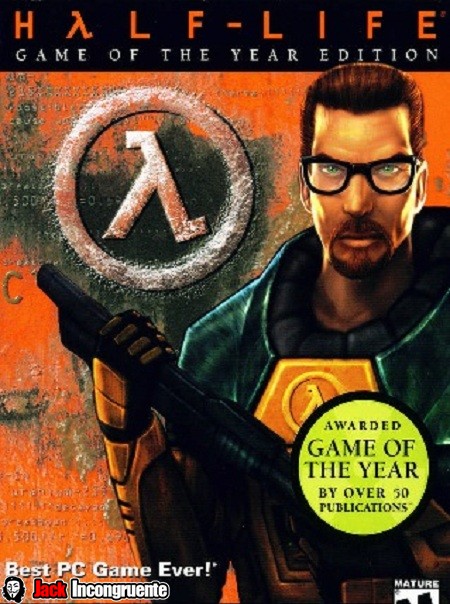 Who does not remember the fabulous first game of Half-Life? Good as it is the most awarded game in history, has more than 90 awards, definitely a gem of gaming. 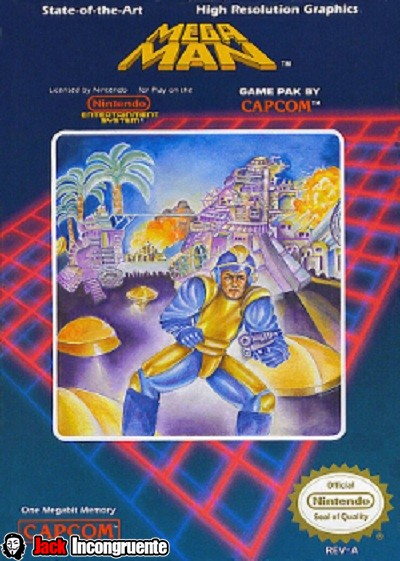 But if the former was the best, there is also a vote for worst cover of the video game, and it won the award of the cover art Mega Man ​​NES game, which is considered the worst cover of all games. 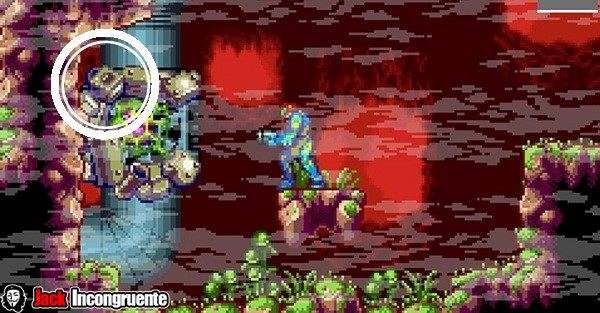 If we pay attention to Metroid Fusion, see what destroy in the ventilation devices are consoles Nintendo Game Cube. 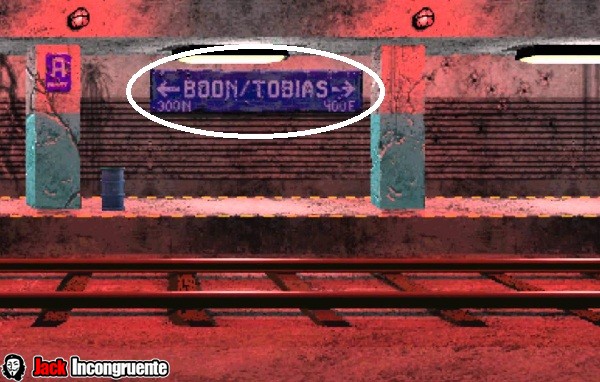 In the stage “The Subway” Mortal Kombat III, we can see something odd in the background, are the names of the creators of the videogame Boon / Tobias.

Curiosity of the Dreamcast patato 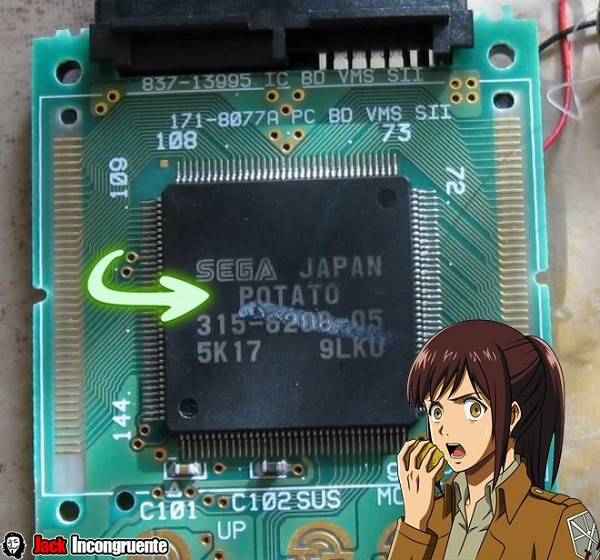 Asians bring something with potatoes, as in the chip Dreamcast find the word “Potato” perhaps because it heats …. maybe. 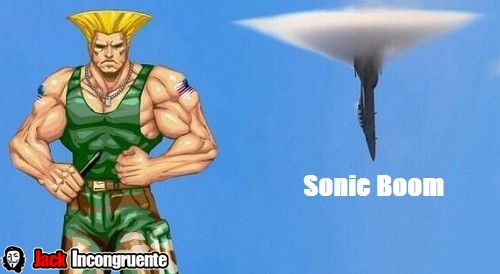 And finally finished this fun facts video games  Street fighters, Did you know that hairstyle Guile is related to his attack called “sonic boom” as this refers to the visual aspect that an aircraft to break the speed of sound, in addition to also in stage combat is a military fighter plane.

I hope you liked the post, do not forget to leave your comments and tell us if you know some more.