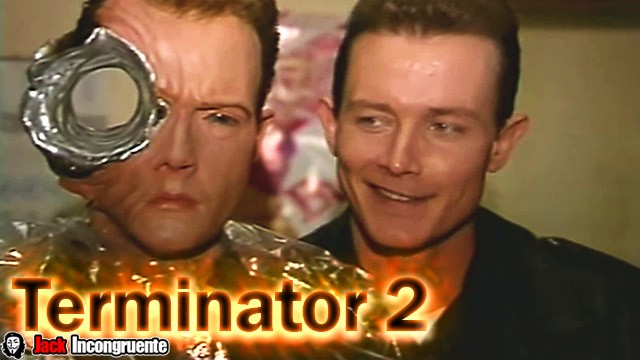 In this second installment we have the machines to fail to kill Sarah Connor (Linda Hamilton), decide to change your goal to teen John Connor (Edward Furlong). This sent the advanced T-1000 (Robert Patrick), a prototype liquid metal that is able to transform into any person. But the young Connor will receive the help of a T-800 (Arnold Schwarzenegger), who comes from the future to save him. Here a chase to find him first and fulfill its mission breaks. 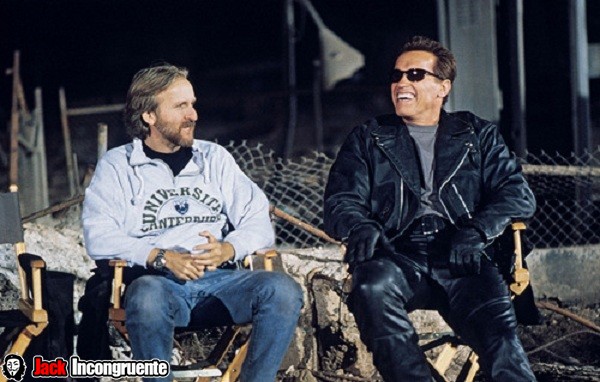 After a great success of the first installment and taking advantage of that arnold Schwarzenegger was becoming increasingly popular, cameron came with the second installment of terminator, called the final judgment, which incorporated many of the ideas that could not be included in the first over money. But this became one of the most expensive films and one of the first to use computer-generated effects. It is also considered the best in the saga of terminator.

As already mentioned in a previous post, james cameron, was very enthusiastic about the film from young, was very intelligent, devouring books everywhere, but it was so much his passion for film that decided to leave college physics, (Note footnotes-not recommend you do that) he did to devote himself entirely to the movies, but not all would be easy needed money to pay for courses, so for a while working trucker, so we see trucks in the movie terminator . 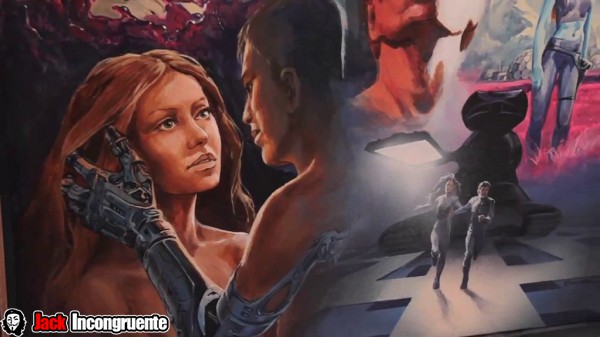 One of the first short films I make with their small savings was called Xenogenesis, which the cause of several Hollywood producers would notice him. 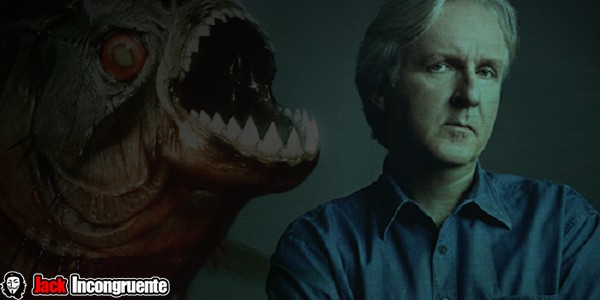 By the way he directed the film Piranha 2 I remember having seen a boy, which cameron, they finished firing, which took to the streets for differences of opinions of opinions he had with the film crew, however appears on credit because that was agreed in the contract I signed.

For this second installment arnold Schwarzenegger is keen to be held by you liked his role and history, plus it made millions of pesos that nobody expected and in terms of economics, this time there would be no problems.

So they set to work to gather the cast as Hamilton by cute example, had to accept work on the sequel, the hardest part was finding the guy who played John Connor, was made a very large casting, but at last chose Edward Furlong, who had not even thought to be an actor, casting director, Mali Finn Edward Furlong found the boy in the street while she was at the entrance to a club and it seemed perfect for the role. She approached him and asked him if he did not care submitted to a test for a film with such good luck that was chosen.

Another great actor was Robert Patrick, who shot to fame thanks to be the T-1000, a high-tech destroyer took human form, made of liquid metal that could mimic the appearance of people with only physical contact with them.

Which by the way I make a cameo in the movie “Wayne’s World” when a police stop Wayne and realize that is the very T-1000 asking for a child, one of the best cameos that have existed in history.

In Terminator 2 which premiered became the most expensive film with a budget of $ 100 million. It became the second highest grossing film in history, surpassed only by ET, directed by Steven Spielberg.

The film was banned in several of his scenes in England, as usual also in Sweden and Singapore.

James Cameron and Linda Hamilton started dating during the filming of the movie. Titanic lasted so late in being released, at which point Cameron began dating the granddaughter of the elderly Rose, nothing lost that cameron.

The special effects (designed by Industrial Light & Magic) out for being pioneers. It was one of the first films to use CGI (CGI) generated. In addition to the excellent use of “puppets” some mechanical obtaining very good and realistic results aided by special effects.

There is a curious scene where the exterminator cast T-800 on the glass in the mall, and there is a tourist taking photographs, it is the co-gionista film, William Wisher Jr. 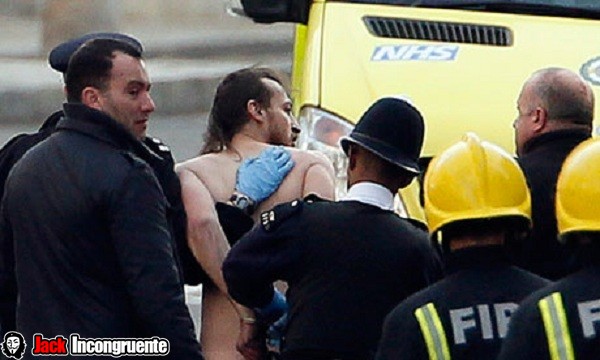 There are still many fans of the movie on 5 July 2009 several police detained a naked young age of 19. The suspect told police that he was a Terminator that was traveling in time.

There are many tributes terminator 2, as in the Simpsons, in which we see a scene in which Homer is seen as the T-1000 Terminator. When making a movie scene. 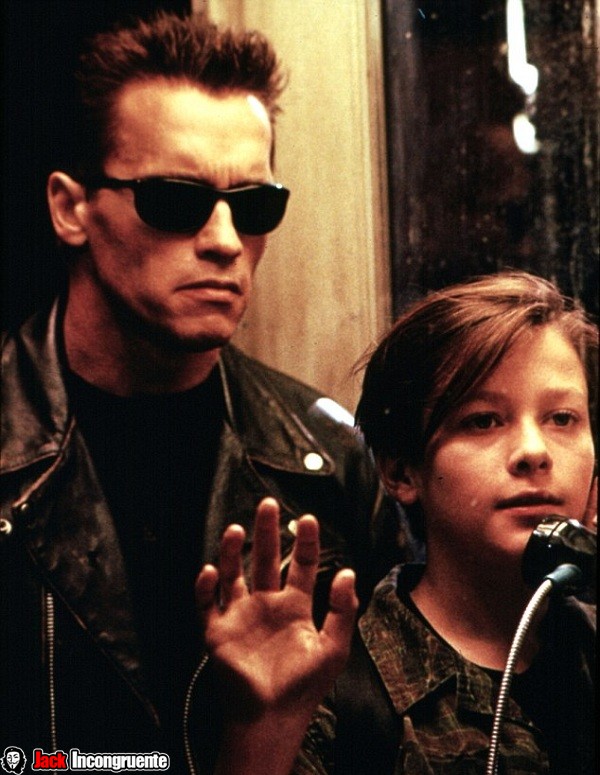 The shooting of the film was so heavy that the young Edward, came to stay a day voiceless therefore repeat his dialogues, talking and shouting in her scenes.

In the scene where the security guard killed at first glance looks like a trick a computer scene, but they are called twin brothers Don and Dan, who made that scene. 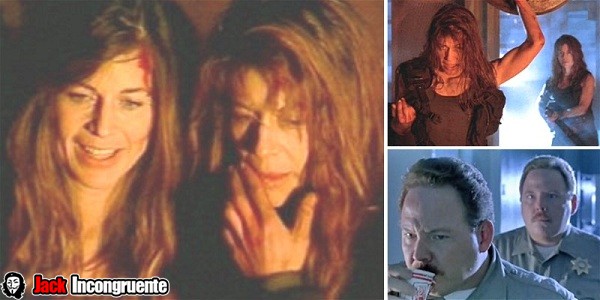 Like Leslie Hamilton, Linda Hamilton’s twin sister, was the one that played the T-1000 when it is imitating Sarah Connor. Many twins in this movie.

The T800 carries a gun in a box of roses. In tribute to the “Guns’n Roses” (guns and roses). Since some of his songs were used in the film as “You Could Be Mine”.

The phrase that says the destroyer rescues Sarah T 800 when the psychiatric hospital “Come with me if you want to live” is the same except when Kyle Reese told Sarah in Terminator 1. 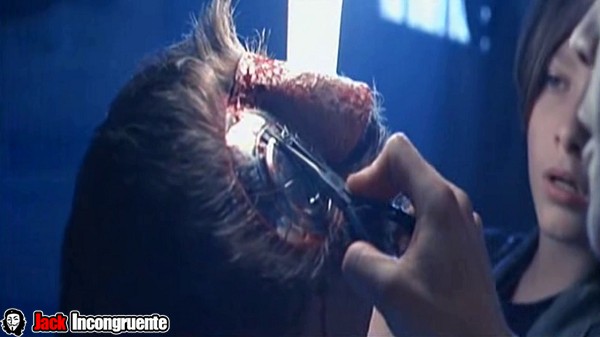 It was thought that Sara, disconnect cables to terminator T-800 so that I could feel feelings, but this idea was dropped at the end.

Arnold had to remain seated near him placed 148h for makeup, for scenes where it hurt.

There is an alternate ending, which only comes in the DVD, which appears when Sarah’s grandmother and the amusement park as shown in the middle of the movie, watching an adult John Connor playing with his daughter. Sarah talks about how much time has passed and the war against the machines never happened and remember the Terminator who understood the meaning of life.

It was thought in this movie, it would be a good idea to show the public the time machine that makes possible to send the terminator, but ultimately was dismissed by Cameron, who thought it was a good idea, the audience imagine everyone that machine time.

Even in this film we see the first papers that have little nikki cox, who after more was involved in many TV series as unhappy forever, which was accompanied by Kristianna Loken may remember it because she was ill in terminator three.

Images of how the scenes were filmed in motorcycle John Connor.

A shot went wrong for bunting.

The explosion of the truck.

The workshop where animatronics, makeup, botargas, masks and more were made.

Certainly there was a female version of the exterminator, exterminator Call Lady, based on the first film. 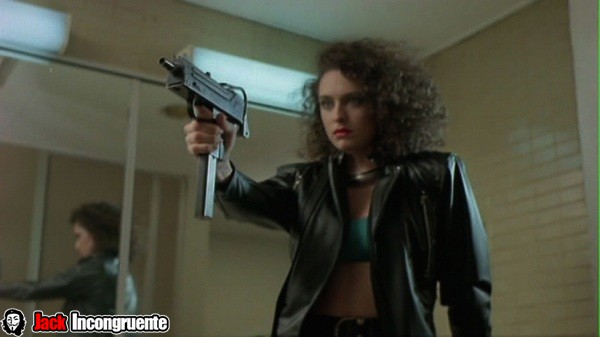 But many wondering what happened to Edward Furlong?. Well after the premiere of the film overnight Edward Furlong became a celebrity. In Japan proved lucky with music and I get to be on the N1 ° as being extremely popular with Japanese girls.

He appeared in music videos, such as “Livin on the Edge” Areosmith and clothing brands like Calvin Klein or Gapp, all companies requested it. Then there were problems because his mother claimed his custody, when Edward was in full success. But at that time he met Jacqueline Domac, would exert as her guardian, agent and to your partner. 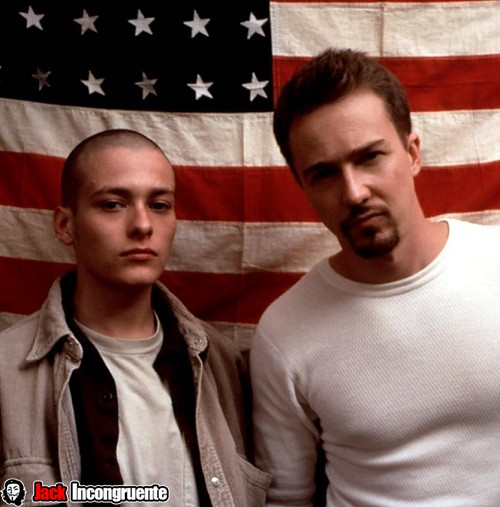 Then I participated in many films such as “Little Odessa”, “American History X”, “Animal Factory” and many others.

After his relationship with Jacqueline Domac term, because he said that Edward Furlong completely dependent on alcohol and drugs, all kinds of parties frequented with his new girlfriend, Paris Hilton and total callus vice and debauchery. The actor has spent years in and out of rehab clinics.

It would give him the role of John Connor in “Terminator 3”, but not rejection he felt good and was in shape.Until today still in films and television series.

In the scene where the T-1000 falls with the truck to follow connor, you can clearly see how the truck was bent rims for the tremendous impact in the next scene when continues to advance, now they are in perfect state.

When attacking the terminator T 800, to the backs of the police can be seen as making snuck into a member of the special effects team, Jacob is grace, part of the film crew. In the next scene disappears.

When Sarah Dyson shoots, you can see that there are magazines about him that are scattered, making changes and return to Sarah Dyson, but now magazines are stacked.

In the scene where the amount goes terminator chasing John Conner can be seen as the end of the road ends in peak shape, however when cast to fall, in making one can see that the corner is not the same that ends differently.

This is a small continuity error, in which the T-1000 Sarah shoots and you can see the three impacts that leave chew, but changing scene these brands disappear.

This is the part where John calls his family, and asks the T 800 if you have coins, then the T-800 producing hits the phone leaving a hole for the coins he had stored. All normal, but if you look carefully, the hole was already before the T-800 hit the phone.

When the truck falls to channel water to chase John, as you can see by the force of the impact to fall breezes, but in another cut scene has them put back.

Now the scene where they are in the elevator and the T-1000 they opened the door, the T-800 is prepared to give it a shoot shotgun, but before you shoot, the dummy’s head of T-1000 is already halved then shoot and then detonates his head.

In the same scene where Jhon chase in the water channel we can see in the truck that has a lighthouse, but a cut scene in the lighthouse on the truck. A small continuity error. Most motorcycle scenes Jhon, were carried out by a double.

It can be seen as the helicopter crash, it is waste of your front door and fired salt crystals, but in the next scene still has the door and the front.

Another curious fact is like disappear truck tubes, are in a scene and the other anymore.

At the time that the T-800 shoots the guard, you can see that leaves a stain of blood, the T-800 back on the bike and can be seen as the stain is no longer in the place it was.

In the scene where the exterminator remove the skin of your arm, to show he’s a machine, you can see the shirt in the bulk of the wires that control the mechanical arm.

When the terminator is coming to town you can see the bottom in the truck an attached sign, but it disappears in an instant. 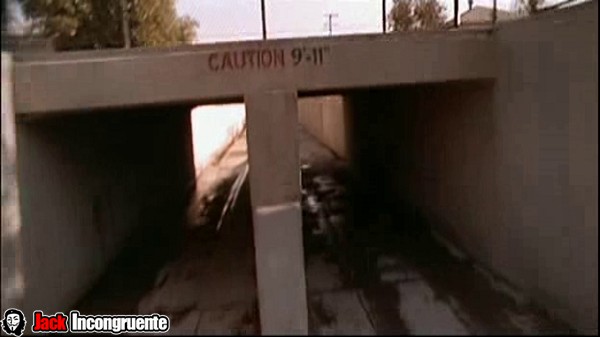 And to finish ended with a reminder of the future perhaps in the water channel we can see a sign that reads, “9-11 caution” in many Hollywood films that date, in which were the attacks of 9 appears out of curiosity – 11 to the twin towers.

Well we got to the end, there are many recording errors, but only select the most visible and easier to identify. I hope you have enjoyed the information and I recommend watching the video, we will soon post some other fun facts.