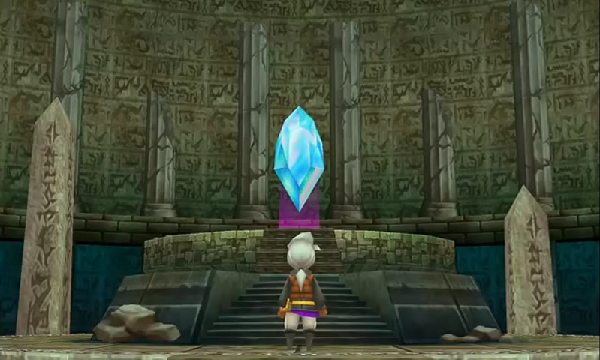 [dropcap]N[/dropcap]ow available to Final fantasy III on Steam which is the same version we saw on the Nintendo DS, which also has Steam achievements and Cards.

But to be clear that Final Fantasy III for PC has improvements, which are enhanced 3d models, the scene cuts “cut-scenes” history of the game are better quality, and have access to bestiaries is more straightforward than in their version of Nintendo ds.

I lost the chance to play on NDS, so I put my hands on this version of steam and I really really like, besides that time I played the original version Nes, I like the look of the game, besides this the Spanish language, I like the new visual design for cards and clear professional graphic also appreciated.

The good news is that soon more versions of Final Fantasy pc will be, as the team of Square Enix said they have big plans for final fantasy for pc, producer Yoshinori Kitase mentioned that is the perfect time to bring the final catalog fantasy to Steam.

“There are many regions and countries in which the PC is very strong.” Kitase said. “So we hope to be able to offer our games to each country to reach a large number of players, so yes, we are definitely interested in pursuing this path in the future. It is an early step for us. We do not have much experience in this field. So when we have more knowledge and experience in this market would be very interested. “

For this final fantasy III few resources are needed, just ask 800 megs of free disk space, Windows Vista, 7 or 8, Pentium 4 2.4GHz and two Gigs of Ram. What is not good is the price, as it costs $ 15.99 USD.Hopefully a little lower than the truth as if it is a little high.

Well I could not wait and bought as big fan of the classics I recommend this Final Fantasy III, looks great and works properly.

For more information check out Final Fantasy III on Steam