Curiosities of anime 2014 Anime Did you know Anime? 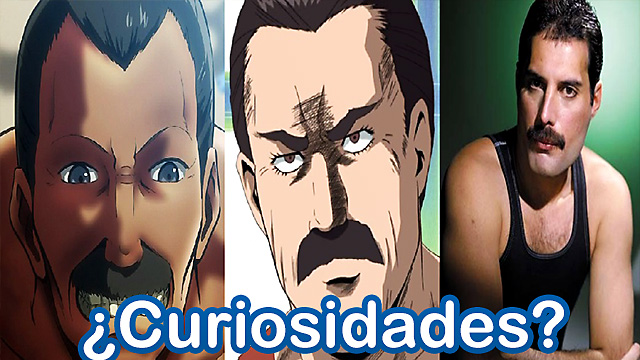 Seiya Pegasus at first its creator Masami Kurumada, give thought to seiya leo the constellation, but finally decided on pegasus.

Before the creation of Sailormoon, Naoko Takeuchi published Codename: Sailor V starting this idea imagine creating a series of justicieras girls, but I had in mind to put schoolgirls uniform, otherwise uniform space, but his editor convinced her will use the uniforms of schoolgirls, which we thank you for these skirts, also was one of the few animes in Mexico that had no censorship.

There’s a scene kill the kill, apparently the director of Trigger study, Hiroyuki Imaishi is fan of tarantino and we can see the characters in the movie Pulp Fiction (awful movie by the way) in the anime we see Jules Winnfield and his inseparable colleague Vincent Vega, even jules carried the briefcase for which they spent so many problems.

Also Mia Wallace and the character of Bruce Willis – Butch.

Now a series of my childhood favorites, Ramna ½ of which its author Rumiko Takahashi, has the reputation of being one of the richest women in Japan. Their sleeves sales have reached more than 100 million sales. Besides his work ranma ½ was one of the most censored cartoons in the world.

Well by now already have noticed that the faces of Misty, May and Dawn are the same. It’s just as if we had a sprite that would change her hair, outfit, skin tone etc, but the face is the same.

There is a very funny episode of Full Metal Panic, in a cameo character from death note is made, you can see a Light Yagami, Misa Amane, Soichiro Yagami and L Lawliet going on his bike.

For creating the faces Admirals navy one piece, the creator Eiichiro Oda was based on real actors of which is fan, this is Yusaku Matsuda for (Aokiji), Kunie Tanaka to (Kizaru) and Bunta Sugawara for (Akainu).

Ginyu Special Forces in dragon ball make a tribute to the “Super Sentai” or power rangers Akira Toriyama commented that her daughter was facinaba that program, that’s why I do these poses of power ranyers style battle. Also have names or anagrams of food stored in the fridge: Ginew (“cow’s milk”), Burtta (“butter”), Reecom (“cream”), Jeese (“cheese”) and Ghourd (“yogurt “).

‘s Intro anime Elfen Lied pays tribute to Gustav paintings each image Klimt is homage to some box that painter, a favorite of the Director. Gustav Klimt was an Austrian Symbolist painter was one of the representatives of the modernist movement of the Viennese Secession.

In the series of evangelion in early episodes we see the brand of beer drinking Misato, a brand that truly exists in Japan, but the company was upset and demanded that there be shown more in the series, and so we see more later when the brand is now different.

For the year 1994 came a big problem on the Disney movie, The Lion King with Kimba, the White Lion.Supporters in Japan and the U.S.. UU. Disney requested that the Company will recognize the use of the characters and events of Japanese production in his film. (Remember kimba was long before the lion king) but never came to anything, because disney denied everything, saying that the king leon was not based on anything that is an original story. In fact the name just change one letter. Kimba and Simba, there is an episode of the simpsons that humorously mocks disney of plagiarism.

Isayama, the creator of the manga Shingeki no Kyojin (Attack on Titan) revealed as was the process of the creation of manga, the author uses a book of facial expressions that are bought to draw the faces of the Titans and his inspiration came from a day that served a drunken man, commented that he was surprised how difficult it was to communicate with him and know that he wanted, he was very aggressive and to some weird faces, something that made him think that the most known and feared animals The world is actually human.

Also Eren’s obsession to escape the walls and know that there comes beyond Isayama author’s own, and as a child lived in a rural village surrounded by mountains and always wanted to go beyond his own people, also inspired by a picture you saw when I was in primary cloud called the master of hell, which featured a cannibal mona lisa, who left the table and ate people. Besides also be based on Norse mythology theme for the Titans.