Chloe Grace Moretz in the movie The Last of Us?

Since it was confirmed in March that it would be a movie adaptation of the video game The Last of Us (created by Naughty Dog) began circulating a lot of rumors about who might be in the casting, of which one of the rumors which have outweighed in recent days is that Hugh Jackman and actress Chloë Grace Moretz could be actors represent Joel and Ellie. Actor Hugh Jackman had already heard a lot as a possible candidate to play Joel, but the actress Chloë Grace Moretz to play Ellie, really to just emerged rumors, formerly the favorite for the interpretation of Ellie was Ellen Page (it was almost a fact that it would be). 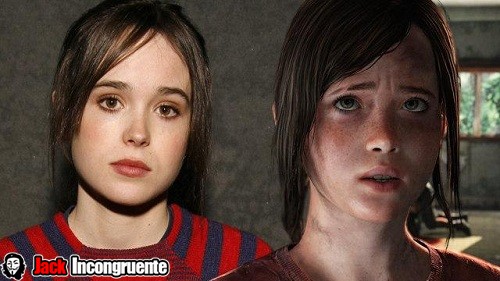 By the time the production is working on the development of the film The Last of Us and some statements director Neil Druckmann says that this is just beginning and that there are still several things to try before making an official statement to reveal the protagonists of the film.

How you feel about yourself, Hugh Jackman and Chloë Grace Moretz as the stars of the film The Last of Us?

1 comment on “Chloe Grace Moretz in the movie The Last of Us?”