Bayonetta 2 for Wii U in Japan already plays Bayonetta 2, and is enjoyed in Japan and to celebrate Bayonetta director Yusuke Hashimoto has published two small images that some have been posting on social networking sites like: Also for his part in the youtube channel Nintendo UK have published a short video where we can see the beautiful witch dressed in the costume of Link and armed with the Master Sword. This title Bayonetta 2premiered on 24 October and this has encouraged fans of Nintendo to make a motion to be achieved to reach 1 million sales of this title, to which I have called #OperacionPlatinum. But as I discussed in Japan already enjoy the adventures of this unique witch and many media have their opinions about the game and even commented that the graphics are not amazing players do not complain as this is offset by the fan service that Witch offers this new title, with the possibility of fun and iconic costumes as various characters from Nintendo, Link, Princess Peach, Fox McCloud, Daisy and Samus suit because each suit and offer a visual aspect very funny, also adds a plus because the gameplay changes depending on the costume you use making the game more interesting with new attacks and new abilities, so rest assured that you will want to have all the different costumes to experience in the game. 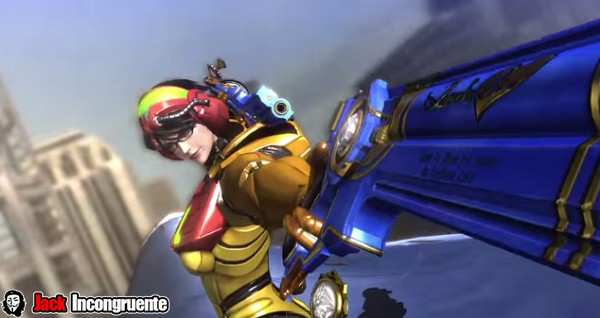 Another point is to say that Bayonetta 2 as the first feels more like a movie than a game to have many long cutscenes at the end of the first chapter you realize that you had control only for 7 or 9 minutes. Yet Bayonetta 2 is a great and fun game (but do not expect something so amazing) will be ideal for those who are passionate about adventure games, rpg and video games based your skill level in the game achievements and clear with a entertaining story, then yes, Bayonetta is for you.