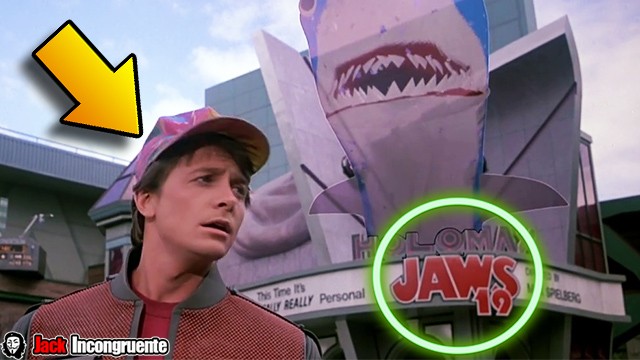 In this second film Back to the Future 2, according to the director Robert Zemeckis states that had not planned a sequel, in the special edition DVD says that the act of putting to end a flying car with Doc, Jennifer and Marty It was just a gag, something humorous to the audience, but the film was so successful that certainly was for a sequel, the only thing he regrets is to put Jennifer Parker in the DeLorean in the final scene, because after for the sequel would have to invent a story that Jennifer was traveling to the future, and it seems that it is not thought well, because the poor are the voted or fainting much of the film step. 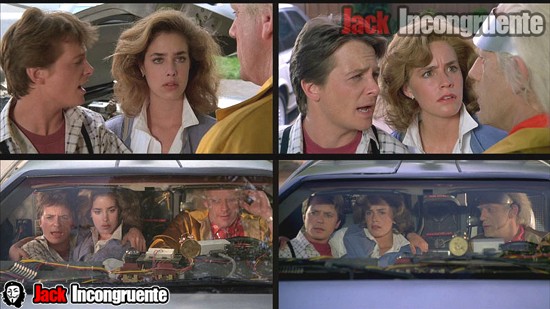 That certainly something that is very noticeable is that the actress who performed the role of Jennifer Parker, Claudia Wells, could no longer participate in this sequel (Back to the Future 2) since her mother had cancer and had to retire by that reason had to recreate part of the end of the first film with actress Elisabeth Shue as the new Jennifer Parker.

This second film Back to the Future 2 and the third was filmed simultaneously, but of course with the third stop, the second was much more blockbuster and above all remembered.

The hoverboard (hoverboard) was quite a Bumm! At that time, because people thought it was real and even more when director Robert Zemeckis, believe the rumor that if there were but they were not marketed as a group of parents sued Mattel, as deemed dangerous to their children. After that rumor Mattel had calls from people begging for massive one at a hoverboard. It took a couple weeks to clarify that it was all a rumor.

The hardest thing turned now for actors with hoverboards was to maintain good coordination of movements, as during the film would have a bit jerky movements, although were hooked, there were times when they lost balance and not coordinating well. It took a couple of days training to perform well the scenes.

The film that Biff is seeing in the jacuzzi is “A Fistful of Dollars” starring Clint Eastwood, in which we see as bullets covered with a steel plate in the chest, after Marty idea used in the third film when facing his enemy Mad Dog Tannen, which incidentally will call Marty Clint Eastwood. 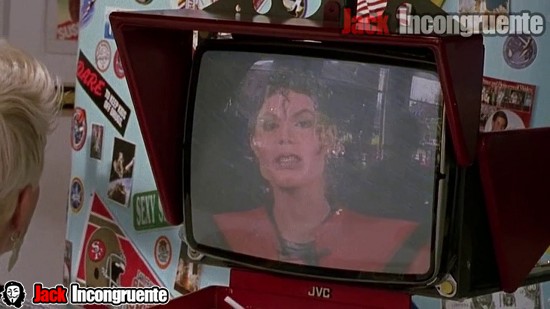 We can even find references like Michael Jackson in the cafeteria of the 80, where we can hear the song “Beat It”, which also featured a picture of the singer, doing the work of virtual server, also when entering marty fourth in the alternate world, we find a poster of Michael Jackson. 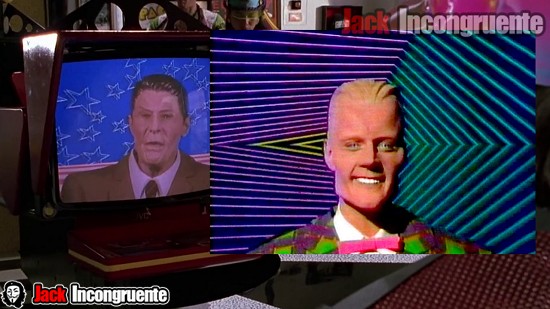 Also the style in which virtual servers are present, a reference to the series called Max headroom, which also had a futuristic style.

The man who asks for donations to the clock tower is Terry, the mechanic would see in 1955 and to repair the car to Biff.

If we pay attention to the newspaper USA Today, we can find the news that Washington is prepared for the visit of Queen Diana, a small reference to it, is that Princess Diana was present at the premiere of Back to the Future in London in 1985. Unfortunately, as you will know the story of Princess Diana died on August 31, 1997 a car accident, or perhaps I should say, in a suspicious car accident. 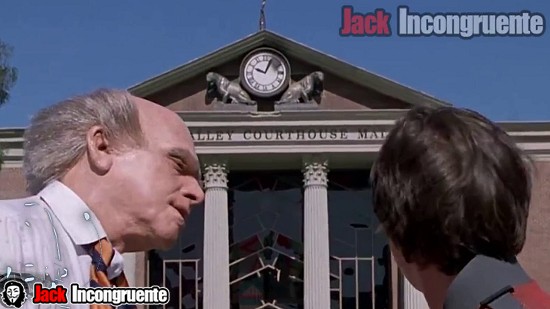 As we can see from the clock tower cornice still broken and the clock is slightly burnt due to experiment Doc did in 1955 to return to Marty to the future.

Now nike tennis futurists, were to have another useful it would be to play a very popular futuristic sport with a ball antigravity, but this would cause the budget increase a lot, so it was decided not to carry out this idea.

I hope you have not been in love with the daughter of Marty Mcfly future, Marleene MCFL and since it’s the same actor Michael J. Fox with a few kilos wig and makeup. 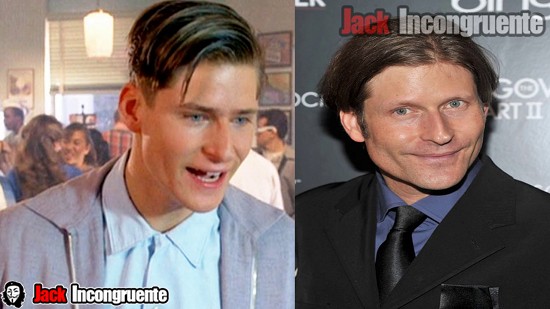 The actor Crispin Glover who played George McFly turned down the role for this second film, because of that the first film fragments were used, and in some scenes the actor Jeffrey Weissman I play George McFly. But Because of using the image of Crispin Glover without your permission sued Steven Spielberg and won the trial. From this fact new regulations on contracts of the actors were performed.

There is a moment where the timer starts to fail and the doc gives you a few strokes, and says he has to fix it, slap after the date of November 12, 1955. Same date is marked to which would be sent when the lightning struck ie the old west, because it no qualms timer. 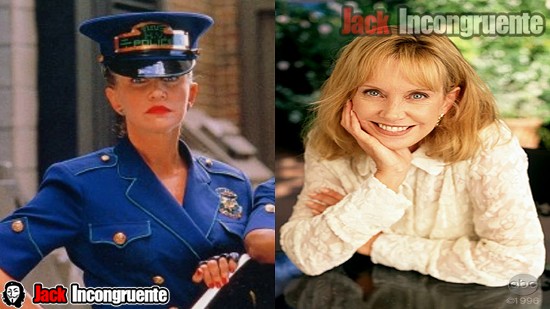 In the antique shop that looks Marty in 2015, we can see a doll Roger Rabbit, the film Who Framed Roger Rabbit He was directed by Robert Zemeckis. A video game console Nes shark, a little to the right we can see the game BurgerTime the Atari 2600 console can also view a Macintosh, the Apple company. Well these are some of the most outstanding products.

This was the film and the scene in which Elijah Wood debuted in the film world, remember him more like Frodo in the movie “The Lord of the Rings”. When I was eight years he acted as the child’s future that I had no idea how to play a video game 80’s. 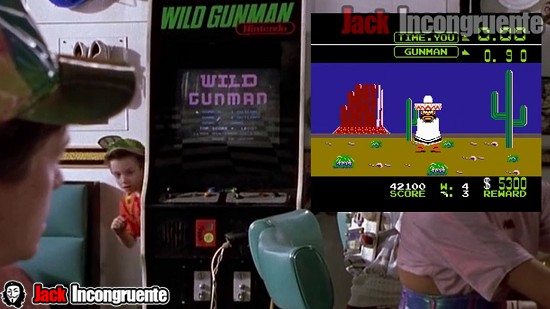 Which by the way that game was Wild Gunman, to console Nes, was very good indeed perfect for making good use of the Nintendo Zapper.

The tunnel where the chase scene with Biff arises, is the same used in the film Who Framed Roger Rabbit

Remember seeing a painter when Marty comes to the future? Well actually if that picture was made and subsequently put into auctioned for $ 2,000 dlls.

In the shirt using Doc Brown, you can see a picture of a train and a woman riding, as would occur in the third film.

On the subject of the vehicles there are some references, eg did anyone see the movie The Last Starfighter? The last feature, good in the movie Warrior can find this vehicle was also capable of flying and space travel. 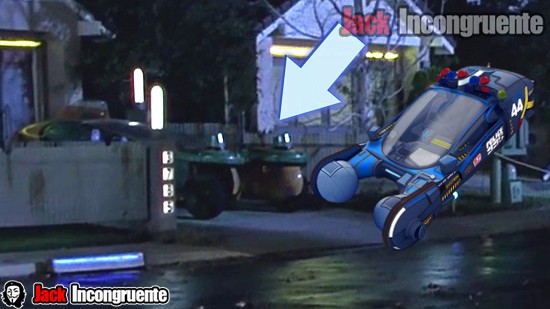 If we pay attention we can also find a Spinner vehicle, the movie blade runner.

If we investigate a little more this is no coincidence as responsible for developing these models is Gene Winfield,   one of the pioneers in building, design and customize cars, his works were so famous that Hollywood always called to work on designs for films like Blade Runner, The Wraith, The Last Starfighter, robocop, and clear back to the future 2 including more films.

If you remember at the beginning of the film, presents the names of the cast, with a video of flying over the nines, one of these planes belong to Firefox filmed in the movie starring Clint Eastwood in 1982.

Errors (Mistakes) of the movie Back to the Future 2

When Marty McFly and Doc are back Biff’s car, there is a moment of illumination which allows you to view a small wheels below the DeLorean, which used it to give the car the effect of floating on the road, but in this making it even see those little wheels.

In the chase scene in the tunnel, we see a shot at the tires of the car Biff, in which the reflection will be visible to members of the production filming the scene.

When Doc and Marty arrive at 2015 and are landing the car, on the right side is visible mechanism that slowly down the DeLorean.

On his journey back to the past, when the Doc will have its trunk to give money to the time Marty McFly, you can see a reflection in that decision, in which the tripod that was used for the camera or lights shown filming.

Also when they reach the past and self descends, you can see that there is nobody inside, just the empty seats are.

There is a scene in which Biff pushes the mother of Marty McFly and makes it hits the ground, we can see that no type of footwear, making changes to Marty McFly and returns with Lorraine again, but magically it is now using a slippers.

In the scene where Marty McFly is hidden behind the desk, you can see a pair of spaced flags, in the next shot Marty McFly takes one and joints, but presumably already well on another take.

When the band Griff loses control and are about to crash into the windows of the courthouse, you can see the reflection of the mechanisms and cables that held, which was corrected in the special edition of 25aniversario. 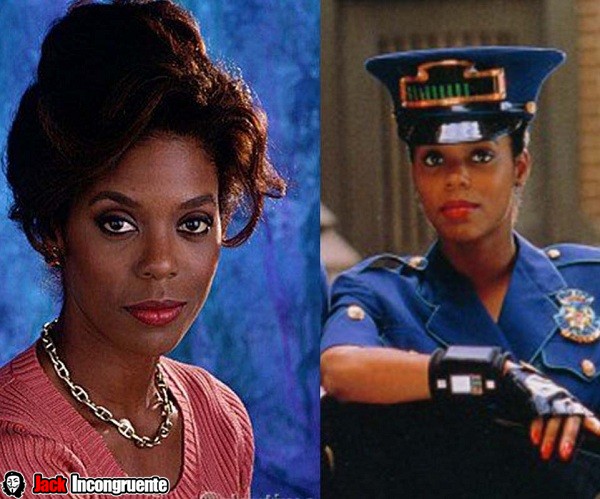 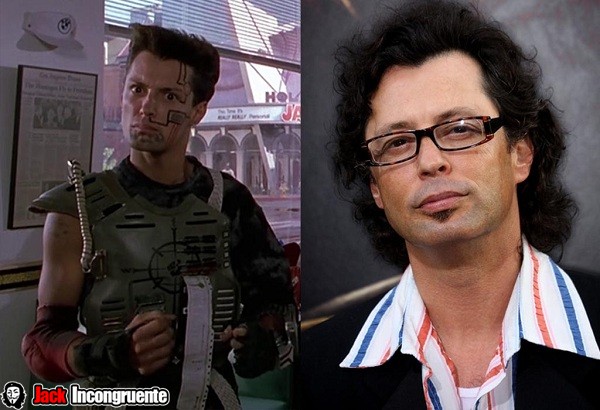 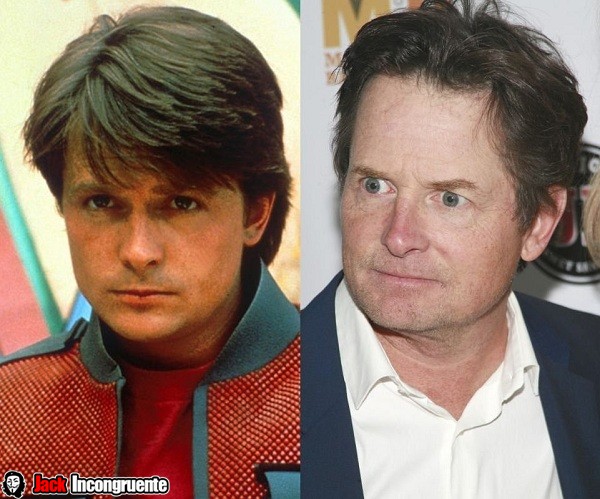 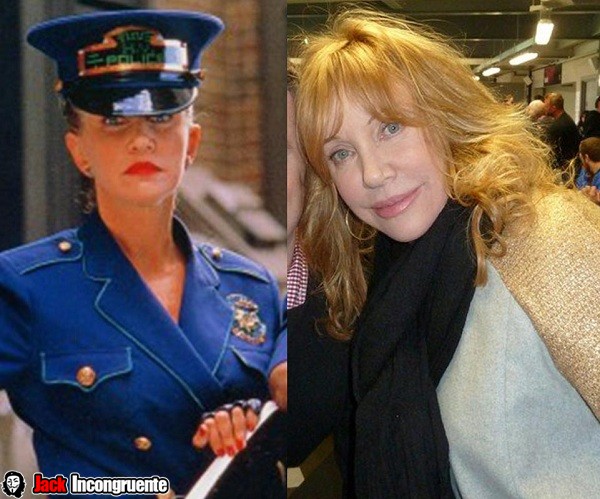 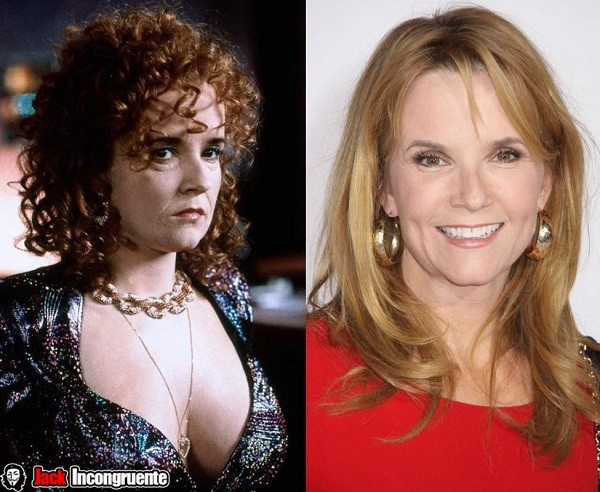 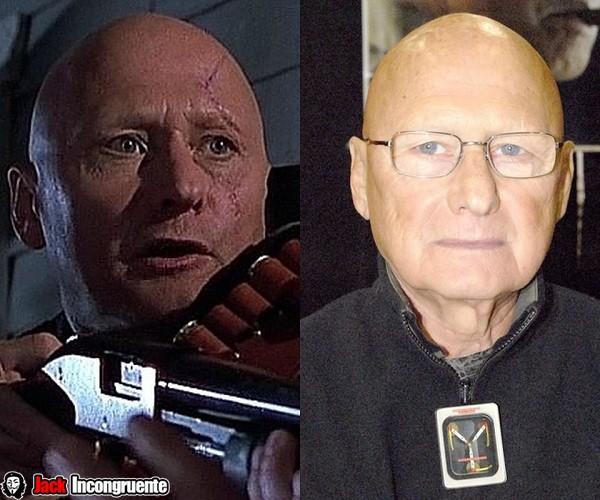 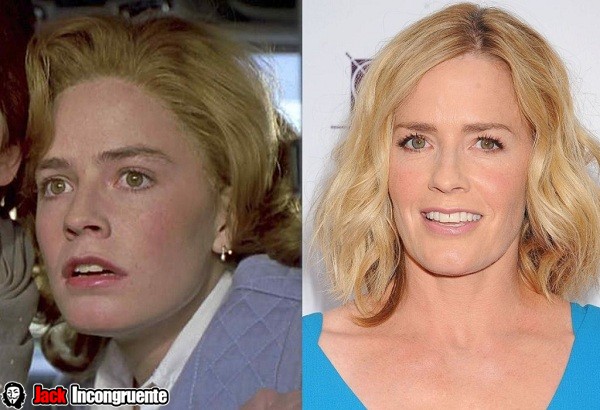 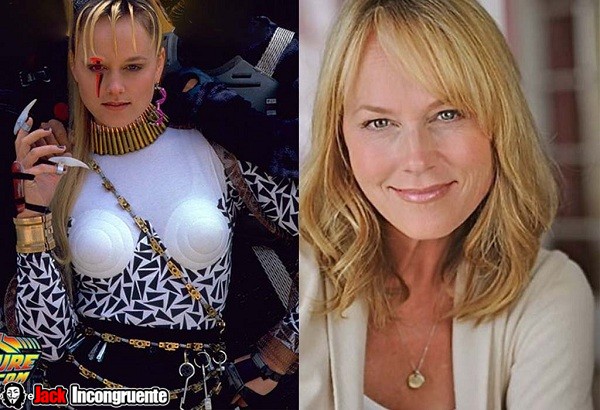 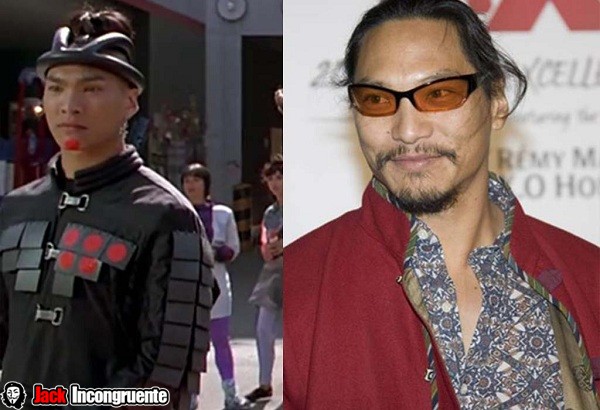